The American Hockey League released the 2021-22 season schedule on Friday afternoon for the League’s 86th season. This upcoming season, the AHL allowed clubs in the Atlantic, North, and Central Divisions to play 76 or 72 games while the Pacific Division plays 68. After the completion of the 2021-22 season, the league will have a unified schedule for all the clubs.

“I am very pleased that we were able to achieve a schedule of 72 games for all teams in the American Hockey League,” said Howson. “In coming together to create a plan that is fair and equitable, our owners have demonstrated a commitment to the long-term strength of the league.”

For the Hartford Wolf Pack, they have reached an impressive milestone. This is their 25th anniversary playing in Hartford at the XL Center as the New York Rangers AHL affiliate. In minor league sports, affiliation changes and movements of markets often cause continual changes in the landscape of a league. You have to give credit to the strong bonds built between the Rangers organization, Capital Region Development Authority (CRDA), and the current (Spectra) and former building operators.

Hartford elected to participate in 72 games for this upcoming season. Despite four less games than usual, this is a plus from multiple aspects.

From a developmental standpoint, there will be additional time for practices and mentoring. In addition, more rest as the Wolf pack will have four three in three weekends. From the front office standpoint, this has the opportunity for the club to reduce Wednesday night home games that struggle for crowds. Furthermore, this gives the building more flexibility in creating the schedule to allow for additional events.

The standings this upcoming season will be based on percentage points.

Beginning in the 2022-23 season, each club will play 72 games. Since the inception of the Pacific Division, they participate in only 68 games. The development culture is focused more on practice and mentoring than playing in the Pacific.

The rest of the league focused on games for development of prospects. The AHL struggled to find a balance in the schedule to make everyone happy. Eventually, the league was able to meet in the middle to give each franchise 72 games. From the Pacific’s standpoint, that is an additional four games while the Atlantic, North, and Central lose four games. Standings will rely solely on points as well.

The journey to reach the playoffs begins on Friday, October 15th in Hartford at the XL Center against the newly rebranded Bridgeport Islanders. The Wolf Pack will end the season at home as well on Sunday, April 24th against the Wilkes-Barre/Scranton Penguins. You can view the schedule here. 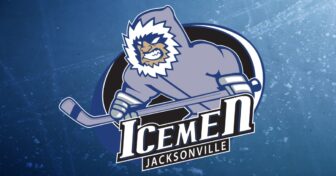 The Wolf Pack will have a total of 13 opponents, including the return of the Toronto Marlies, which have been absent on the schedule in the last few seasons. Hartford will face the Springfield Thunderbirds most in the season, with 12 meetings. Here is the schedule breakdown for the club:

As we look further, Hartford’s schedule is balanced between playing home and away in the months of October (4H/4A) and November (5H/5A). The Wolf Pack are home heavy in December (8H/4A). The club is road heavy in April (4H/7A). In the months of January, February, and March, the balance between home and away games are by one.

However, the Wolf Pack face two grueling lengthy road trips late in the season. The longest road trip is six games in April (4/7 – 4/16). That trip consists of three straight games in Charlotte (Hartford have yet to win in the city of Charlotte), then a Canadian trip to face Belleville and Toronto, and finally a final stop in Rochester. The club would play six games in a span of 10 days. Once complete, Hartford would have three games remaining for the final week of the season, with two at home and one in Bridgeport.

The second longest trip is five games in March (3/12 – 3/19). The Wolf Pack would start the trip in the keystone state, visiting the Lehigh Valley (In Allentown) and Wilkes-Barre/Scranton in back to back nights. Then prior to the Canadian trip, Hartford would face Syracuse on Wednesday before going to Laval then Belleville for back to back nights.

Ironically, Hartford’s longest stretch playing at the XL Center is followed after the second longest trip of the season (3/23 – 3/26). The Wolf Pack will play three games straight against Springfield (2) and Hershey. Looking outward, Hartford would be home in the next five of six games within a two week span.

Another noticeable change is the three in three’s for the club. The Wolf Pack have five three in three weekends, which is lower than usual. In past seasons, clubs often played around seven to eight depending on the schedule. The Wolf Pack will have more turnaround time between games, especially for rest.

Here’s a scope at opponents by division:

From a fans perspective, Hartford’s 36 home games consist of:

The away slate follows an identical format when broken down. Hartford’s 36 away games consist of:

In addition to having a well rounded roster, another key to make the playoffs is to win the season series against the rivals. Springfield, Bridgeport, and Providence makes up 32 games, which are significant points to grab. Focusing on the in division opponents are optimal as well. Losing games against division opponents will not bode well, especially if Hartford needs to play catch up late into the season.

Let’s get the season rolling and I will see you at the XL Center for opening night. The Wolf Pack have unfinished business. Let’s left off from where we were from. The development, chemistry, winning culture will be in place.