Are the New York Rangers a better team today

The New York Rangers have made some significant changes to their roster. Out are Pavel Buchnevich, Brett Howden, and Brendan Smith. In are Barclay Goodrow, Ryan Reaves, Sammy Blais, and Patrik Nemeth.

Do these changes amount to the Blueshirts being a better team than they were last year? For many, it will depend on individual perspective. For some, the mere fact Buchnevich was traded for such a little return would make the answer an automatic no.

Are the Rangers a better team today?

All you need to know about what Chris Drury’s answer to the question would be stems from these comments.

“It’s hard not to watch these playoffs and notice the physicality, the energy, the effort and the intensity it takes to win and to succeed,” he said before the draft. “You know we all want harder players to play against and we’re no different.”

Mission accomplished, The New York Rangers are harder to play against, but it comes at the price of some skill.

By trading Pavel Buchnevich, the Rangers are saying they believe Kaapo Kakko is ready to play a first line role. They are also giving Vitali Kravtsov a big vote of confidence as a second line player. Both play the right wing, and if for some reason one falters, it’s believed that either Chris Kreider or Alexis Lafreniere will switch from left wing to step in.

That’s going to be the key in determining if the Rangers are indeed a better team going forward. One thing is for sure, they are certainly more balanced from a skill versus toughness perspective. 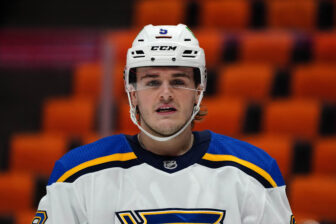 Also Read:
What are the New York Rangers getting in Sammy Blais

The bottom-six is better

While Gerard Gallant will most certainly need to tinker with his top six-forwards, a lot of that depends on if the Rangers make a trade for Jack Eichel. His bottom-six has a lot of good pieces to work with, and the key component was the acquisition and signing of Barclay Goodrow.

Last season the Rangers third line was just a lesser version of the top two scoring lines. Filip Chytil would often center a youth line that featured Alexis Lafreniere on his left and either Kaapo Kakko or Vitali Kravtsov on his right. A promising skilled line, but one that was easily overmatched on many occasions.

Now, Gerard Gallant will need to decide if Goodrow will play third line center, or will he keep Filip Chytil there and bolster him with two physical forces in Kreider and Goodrow. At this point, I don’t believe the Rangers want Lafreniere playing third line minutes. They want to see his skill in the top six, preferably with Jack Eichel.

Of course, if Chytil is moved in a trade for a center, Goodrow should automatically be slotted as 3C, and either Morgan Barron or Sammy Blais be given a shot on that line.

As for the 4th line, Kevin Rooney will definitely be on it as they chose to protect him in expansion. Ryan Reaves will also play a featured role on that unit. The aforementioned Barron, Julien Gauthier or Dryden Hunt could get the call on the wing.

Rangers defense should be better

Coming into this season, a lot will ride on how quickly rookie Nils Lundkvist adjusts to the bigger, faster, and more physical NHL style of play. The signing of fellow veteran Swede Patrik Nemeth was specifically to mentor Nils and help with his transition.

If Lundkvist should struggle, Zac Jones proved more than capable, unless he’s dealt. Outside of Jones, Tarmo Reunanen looked solid in his limited action last season. There could also be surprises out of camp in Matthew Robertson and Braden Schneider.

The Blueshirts top two pairs will continue to be Ryan Lindgren with Adam Fox, and K’Andre Miller with Jacob Trouba. As good a top four you will find in the league, or at least on their way to be.

In goal, the Rangers are in great shape with Igor Shesterkin as he nears signing a new deal. If Alexandar Georgiev is traded, Keith Kinkaid has proven a viable back up.

There’s still work to do

Answering the question, are the Rangers a better team is still premature. Plus, the game needs to be played on the ice, not paper.

Many believe that Chris Drury is not done reshaping this roster. Even if they don’t land Jack Eichel it’s rumored he is eyeing other players. Names like Arizona’s Christian Dvorak and Vegas’ Reilly Smith are in the rumor mill connected to the Rangers.

However; if the Blueshirts don’t make another move I can confidently say that this is a more balanced lineup. Are they better? In my mind yes, but time will be the true judge. 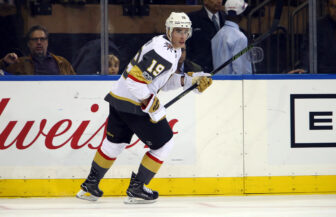 Almost a week after free agency opened, who are the best remaining. Read more.