The Rangers and Blackhawks face off tonight in an Original Six match at The Garden. The Rangers are coming off of an overtime win in the Winter Classic, defeating the Buffalo Sabres 3-2 at Citi Field. As for the Hawks, they have had an inconsistent last few weeks, to say the least. Since the start of December, Chicago has gone 6-5-2 with a five-game win streak sandwiched by two three-game losing skids. Chicago finished 2017 with a swing through Alberta, splitting the two games against Edmonton and Calgary by identical 4-3 overtime scores.

60 Minute Game – In case this will be your first time watching hockey, an NHL game is divided into three 20-minute periods or 60 minutes. The Rangers seem to have forgotten this foundational part of hockey and have taken stretches of the game “off” and have allowed their opponents to take control of the game. It happened on Monday after the Blueshirts went up 2-0 in the first period, and proceeded to take five penalties in a span of roughly twelve minutes of game time. Taking a shift or two off against a mediocre team isn’t always going to hurt you. But taking a shift or two off against a very good team, like the Hawks, can turn the game in the opponent’s favor. The Rangers will need a full 60-minute effort if they want to secure the two points.

Next Man Up – We’ve documented the Rangers troubles with injuries this season, the latest being Chris Kreider getting sidelined with a blood clot. But the Blackhawks are dealing with injury struggles of their own. Goaltender Corey Crawford is out indefinitely with an upper-body injury, being placed on injured reserve along with former Rangers center Artem Anisimov, who is dealing with an upper-body injury of his own. The Hawks will be starting rookie goaltender Jeff Glass, who will be making his third consecutive start. The Rangers should look to fire everything at the net and make life tough on the Hawks backup.

Jeff Glass starts tomorrow. Hinostroza indeed to top line. Forsling likely back in. No updates or timetables on Corey Crawford or Artem Anisimov.

Special Teams – The Rangers power play has struggled for the last six weeks, scoring just seven times since November 15th against these Hawks. The Rangers penalty kill, on the other hand, has done very well this season, but if this team wants to have sustained success and get themselves into the postseason, the PP will need to start producing. 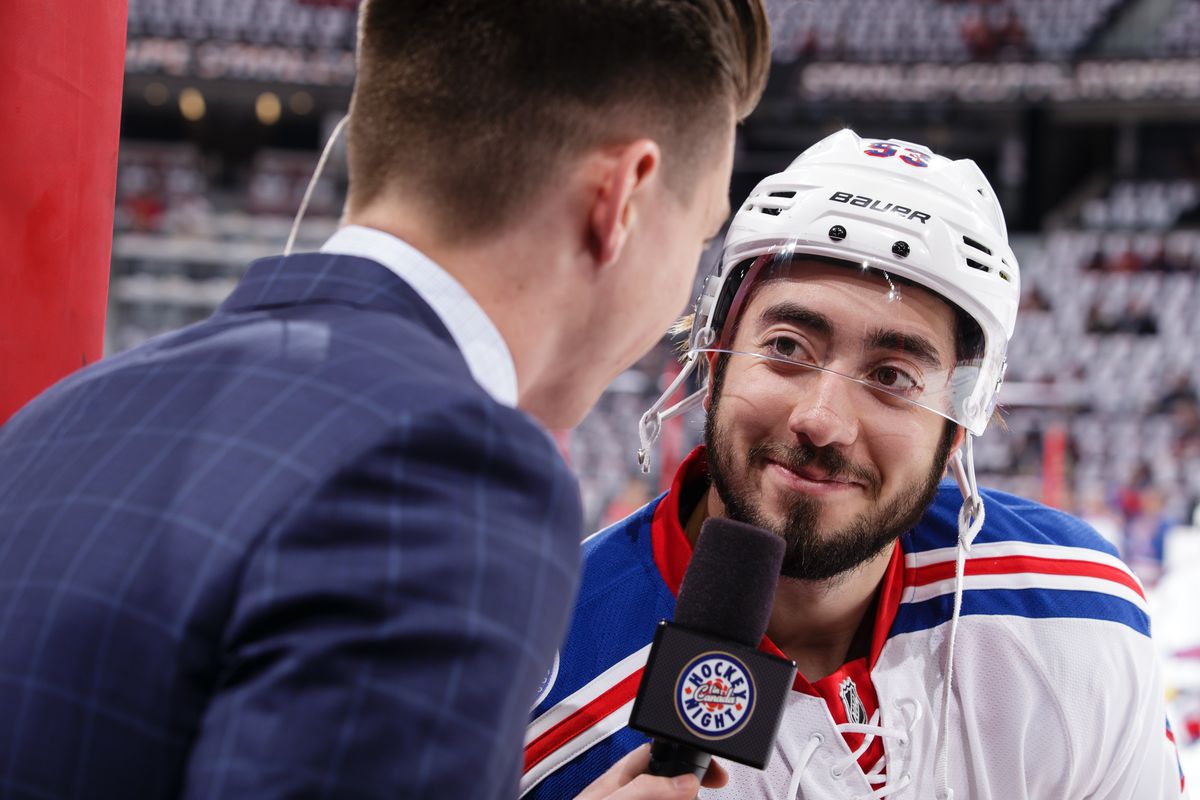 Mika Zibanejad – The Rangers center recently came back from injury and is continuing to get his game back on track. He hasn’t recorded a point in the five games since making his return, and is a key player for the Rangers, particularly on the power play. In hopes of getting Zibanejad going again, Alain Vigneault switched up his lines at yesterday’s practice. And with both JT Miller and Mats Zuccarello playing well, the hope is that they will help get the Rangers’ number one center back into the New York groove.