The talented forward has now acclimated himself to the Petes and their fans by scoring a pretty goal in his second game.

Brennan Othmann gets first with Petes

Othmann registered his first point and goal as a member of the Peterborough Petes in their victory on Thursday night against the Oshawa Generals.

The tally came late in the second period with the Petes on a two-man advantage. Othmann worked a give-and-go then broke in alone on the Generals goalie to tuck it home.

He finished the contest with 5 shots on goal and 2 penalty minutes.

It was a celebration for the ages as Sweden celebrated it’s rich hockey history in a star studded event.

“It was named night,” Lundqvist posted on his IG story. “Fun to see so many legends of Swedish hockey. I was honored to receive the goalie of the century award and all star team.” 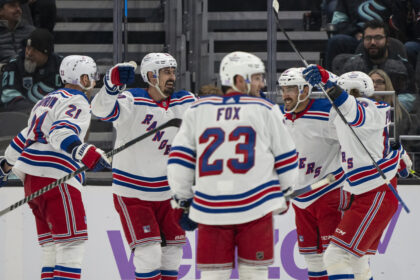