Chytil and Andersson Shine on Day 1 of World Junior Championships 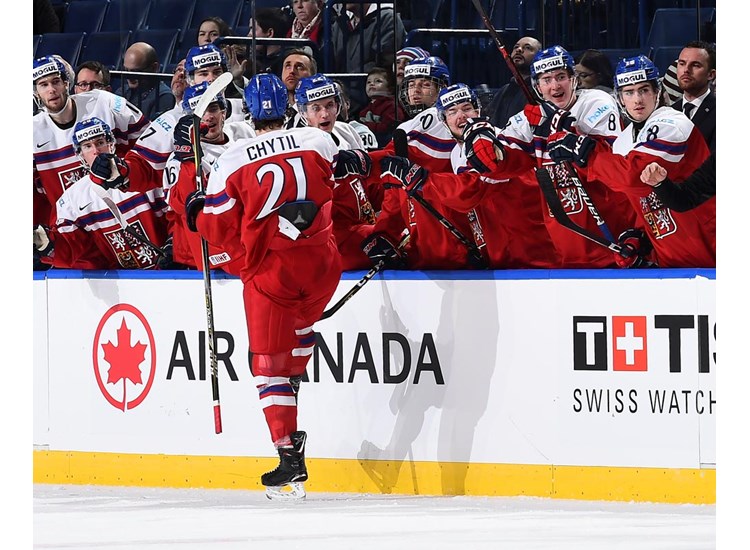 The World Junior Championships is underway with two of the Rangers top prospects, Filip Chytil and Lias Andersson, playing prominent roles on their teams. Andersson is captaining Team Sweden while Filip Chytil centers the Czech’s top line. Each of the two figure to be big pieces of the Ranger’s future down the middle and up front. However, in the meantime, we can enjoy them playing big minutes for their respective countries.

In the first game of the afternoon, Chytil and the Czech team took on Team Russia, in what turned out to be an offensive slugfest. Chytil centered the Czech first line and it took less than 30 seconds for Chytil to show why the Rangers drafted him with the 21st overall pick, despite being one of the youngest players in the draft. Chytil was trapped in the corner when he undressed his Russian defender with this dirty move, taking the puck hard to the net and nearly scoring.

Later in the first period, Chytil picked up the puck behind the net, turned and swung the puck towards the net, where the rebound was buried, giving Chytil his first assist and point of the tournament.

Assist for @filip_chytil. The #NYR prospect having quite the first period for @narodnitym #LGR pic.twitter.com/gY3IWfzuk4

Chytil continued to be a presence every time he hit the ice while receiving multiple bumps and bruises, including this hit, which sent him to the locker room for a few minutes.

Ouch. #NYR prospect Filip Chytil takes a Russian helmet right to his face and is forced to leave the game. Purely accidental, but was pretty bloodied up. #WorldJuniors #TSNHockey pic.twitter.com/522rOXHnkK

After he returned, Chytil gave the Czech’s a commanding 4-2 lead by following up a rebound and burying the garbage in the back of the net.

While Chytil did not put up any more points, he did give us this taste of his stick handling ability. On this play Chytil was able to stickhandle through the entire Russian team before making a clean pass to set up a chance.

You can listen to Chtyil’s postgame interview here.

Filip Chytil is, quite simply, the most exciting prospect in the Rangers organization not named Igor Shestyorkin and may soon challenge for the top spot in my mind. 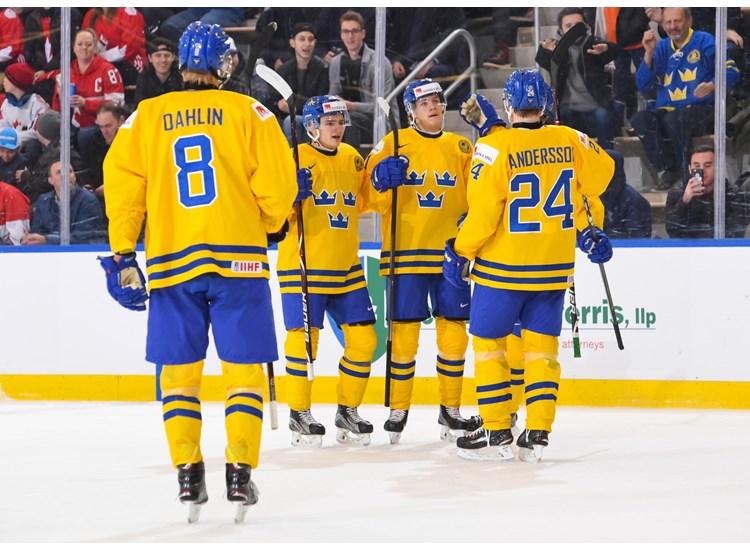 Lias Andersson, while not as flashy as Filip Chytil, is no less important to the Rangers future plans. The 19-year-old Swedish Center was recently named Captain of Team Sweden in light of his maturity and strong overall game.

However, Andersson was not going to be outdone by Chytil on this day. Early in the first period, Andersson set up a goal on the Swedish power play with Elias Pettersson and Rasmus Dahlin. Although he did not get a point on this play, Andersson demonstrated his ability to mesh and play with the top talent in the upcoming draft.

Then, in the third period with his team on the power play, Andersson worked his way to the net and was able to deflect the puck past the goalie giving Sweden a 5-1 lead. Not all goals are going to be pretty and players who are willing to go to the dirty areas will have fewer cold streaks and will get out of them quicker than the pure shooters. Andersson is doing all the right things and will be rewarded soon.

Later on in the final frame, Andersson ripped a shot off the post, nearly scoring from outside of the circle. This is one of Andersson’s most under-appreciated talents. Most people see his solid two-way play and his ability to skate and pass while his quick shot goes unnoticed at times. I am looking forward to seeing this quick release light the lamp in Manhattan soon. In the meantime…

Welcome to Snipe City! And may I present @liasandersson, City President! Second of the game for the #NYR prospect #LGR pic.twitter.com/RCZ0v9dRZm

As mentioned above, Andersson’s shot is under appreciated and can be extremely lethal. With a shot like that and some moves like this one, it is hard to not be excited about the talent that the Rangers have in their young centers.

Chytil and Andersson go head to head on Thursday at 4 PM EST.