Exploring The Roster Of The Rangers ECHL Affiliate 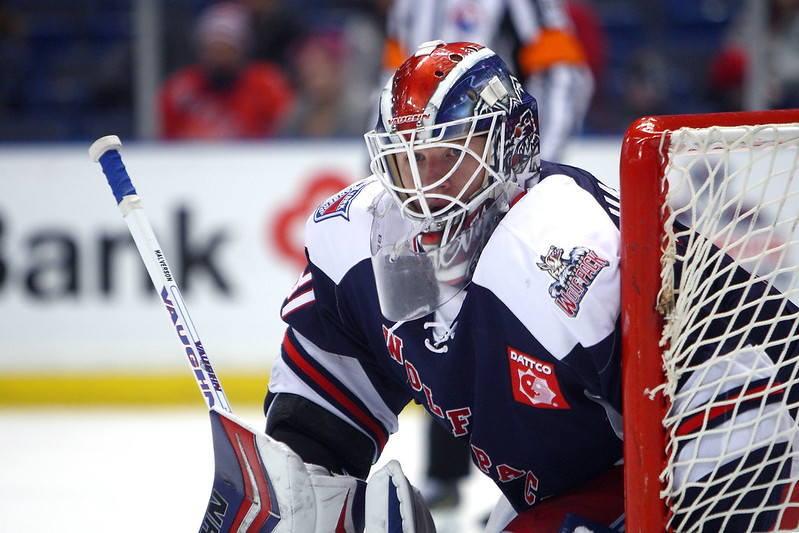 The Rangers and Wolf Pack new ECHL affiliate, the Maine Mariners, are quietly building up their roster for the upcoming season. The majority of their players are coming from other ECHL rosters or college hockey. In addition to the players signed by Maine, Hartford will provide a few prospects who are unable to make it in the American Hockey League.

One Rangers Prospect Will Join Maine

On the goaltending front, Hartford is expected to assign one Rangers goalie prospect to Maine for the beginning of the season, and I suspect it will be Brandon Halverson. The young prospect spent the majority of last season with the Rangers former ECHL affiliate, the Greenville Swamp Rabbits. In addition, he has been sliding down the depth chart in the organization. Halverson has struggled in moments last season and hopes to bounce back. The decline of the prospect reminds me of Mackenzie Skapski. Both prospects had potential, then declined gradually as the years went on. The goalie competition is strong throughout the organization and it will become tenser when other young Rangers prospects come into the organization from overseas or college.

Who Else Could Be In Maine?

Hartford will have an abundance of forwards and defensemen when training camp opens up; and after the Rangers make their cuts, Hartford will make do the same after some fierce competition. If a player or prospect cannot make the big club, then they will want to stay in Hartford. Generally, players going down to Maine next season will be prospects that need more seasoning in the professional ranks and a slower pace of play. The AHL is a fast-paced, tense league for prospects and players. If a player cannot keep up, it will show on the ice and in the boxscore. A prospect playing in Maine is not bad, it just means they need more time to develop before joining the Wolf Pack. Last season, Dawson Leedahl split time between Greenville and Hartford, and when he joined the Wolf Pack, he stepped up. With many prospects competing for a spot next season in Hartford, some could end up in the ECHL at the beginning of October.

In addition to the players provided by Hartford, Maine will have a set of their own players for the season. If needed, Hartford can recall the players up from Maine that is not on a two-way deal or AHL deal. The Pack could simply sign the player through a PTO. The Maine signed players are potential prospects and veterans for Hartford if they make the case they can be brought up and contribute.

As of now, Maine has a young roster filled with majority college hockey players. Some Hartford fans will know a few players already on the roster for Maine. Jesse Schwartz and Derek Pratt played for the University of Connecticut last year. In addition, Brandon Halverson and a few other prospects may join the crew.

From New York’s standpoint, players from Maine are not connected directly to the big club. However, they are partners with Hartford and help provide the Pack with players if the Rangers need ready prospects from the Pack. Hartford is the middleman when it comes to player transactions, some go up and some go down.