How to watch New York Rangers vs New Jersey Devils as the Blueshirts look for a little paypack to close out the season-series.

How to watch Rangers vs Devils (plus listening and streaming info)

SiriusXM subscribers can listen to the game on Channel 222.

The Rangers want to get some revenge for a 7-4 loss last month. They have won 8 of the last 9 meetings vs. NJ.

Chris Kreider – 41 GP, 17G-15A—32P – Kreider’s 32 points playing New Jersey are also the most he’s recorded against one team in the NHL. Kreider has 14 points (9G-5A) in his last 13 games against the Devils and has goals in four of his last five games against them.

Resilient Rangers: New York is 16-6-3 following a loss this season. 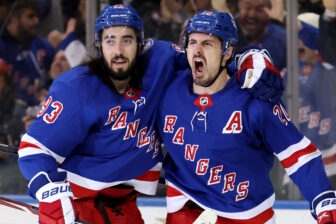 Artemi Panarin is 2 games from 500 in his career.

Barclay Goodrow is 2 games from 400 in his career. 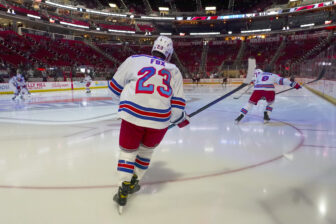