How to watch New York Rangers vs Pittsburgh Penguins, plus matchup notes

How to watch the New York Rangers versus the Pittsburgh Penguins as they face off today for the first time. The game will be nationally televised on ABC, here’s more details.

How to watch, listen, stream: Rangers vs Penguins

Fans can also stream the game using ESPN+ and other streaming services like FuboTV, Sling, DirecTV, and others.

The Rangers and Penguins have not met this season. New York struggled last season against Pittsburgh going 2-4-2.

Rangers that can cool the Pens:

Seriously Good Situations: The Blueshirts are 16-4-5 in one goal games this season. They are also 20-3-2 when scoring first and 18-1-3 when leading after two periods of play.

Comeback Kids: The Blueshirts are tied with the Panthers and Blue Jackets for most comeback wins at 17.

Honoring the Cat: The Rangers will wear an E.F. decal on their helmets to honor Emile “The Cat” Francis who just passed away at 95.

Adam Fox’s 49 points is tied for 4th in scoring among defensemen.

Artemi Panarin’s 55 points ranks 9th in the NHL for scoring. 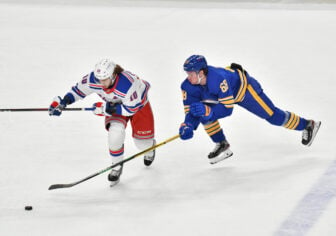 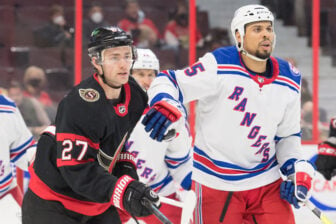