If you aren’t excited about Pavel Buchnevich yet…what are you waiting for? 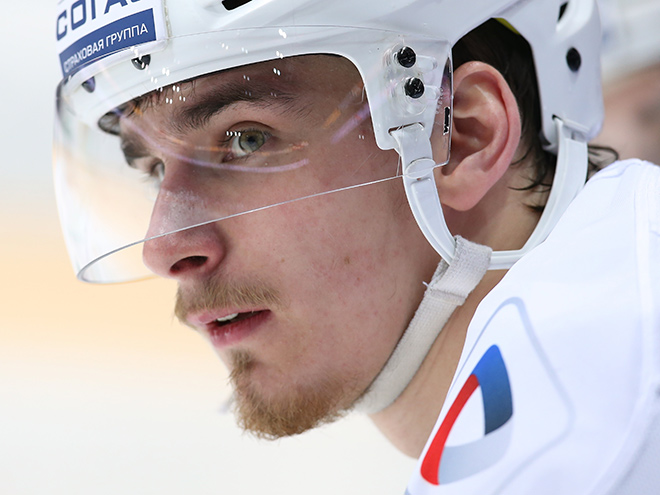 The Traverse City Prospect Tournament is well underway, but there’s a notable Rangers prospect not involved in the action.

If you’re a casual fan, or simply haven’t been caught up to date on the state of the Rangers’ prospect system, you may not have heard of the young Russian forward prospect Pavel Buchnevich. That’s about to change. Buchnevich has been blazing through the KHL and is on pace to make the Rangers as early as this coming April (when the KHL season ends). The organization and fans couldn’t be more excited.

Buchnevich has been the KHL’s most dynamic forward prospect since Vladimir Tarasenko and Evegeni Kuznetsov, while his 54 points in 108 games is exceptional for a kid who started playing in a men’s league as a 17-year-old. Last year Buchnevich really developed as he put on weight and notched 30 points in 48 games. He’s off to a great start this season and already has 4 points in 8 games played this season and just scored this beauty of an Ovechkin-esque goal yesterday:

He scored that one in midair!

Buchnevich’s skill set is reminiscent of Evgeni Malkin and Ilya Kovalchuck’s. He has a long, powerful stride which helps get him to full speed very quickly and once he’s going, knocking him off of the puck is very hard (even if you get him off his skates). He has all of the tools to be a force in the NHL and will quickly become a household name once he finally arrives in North America.

What’s most surprising about Buchnevich isn’t his talent or ability; it’s the fact that he’s been so heavily underrated by the hockey world. He fell to the Rangers in the 3rd round of the 2013 NHL Entry Draft and many analysts still have a difficult time accepting him as a top tier prospect ranking him anywhere from 30-100 on their lists, not bad, but not reflective of how good he has been and how much he has shown to this point in his career.

When Buchnevich arrives in the NHL, he has the potential to make a Kreider-like impact and make a name for himself in a Rangers playoff run. If he can stick on the roster at that point, it will bode very well for his future and for the future of the Rangers’ top-six. As the Rangers wingers age, Buchnevich will have a major role to step into. We may just have a star on our hands.