Here we go again. The New York Rangers are hoping to stave off elimination by the Carolina Hurricanes in a big battle on Madison Square Garden ice.

If the Rangers can find a way to win Saturday night in New York City, they will head to Game 7 in Raleigh on Monday night. Should it get that far, the winners of this series will host the Tampa Bay Lightning for Game 1 of the Eastern Conference Final on Wednesday.

The Blueshirts are hoping the Hurricanes trend of losing every game on the road in these playoffs continues. Carolina is 0-5 on the road having lost all three against the Boston Bruins in Round One and the first two against the Rangers in Round Two.

“We talked about experience with this group going into the playoffs but when I look around the room and the feel in that dressing room is super confident at all times,” Ryan Strome said after the Game 5 loss. “I think the first series helped a little bit and then having to win Games 3 and 4, those are pretty must-win games and we did a good job. So, we can draw from those experiences. Our crowd’s gonna be great.”

The Rangers are a resilience bunch after winning 27 games this past season in comeback fashion. In these playoffs, they’ve shown much of the same by winning three straight elimination games in the first round to get past the Pittsburgh Penguins.

On Thursday night in Carolina, the team played its worst game of this series by losing 3-1. It was actually a flattering score as the Hurricanes outshot the Rangers 34-17 in the process.

“We weren’t as quick as them,” Gerard Gallant admitted. “We looked tired for whatever reason.”

New York better make sure to have jump in their legs from the drop of the puck. Playing with a lead against Carolina will serve them well in these next two elimination games. That’s especially true on the road if the Rangers can get to Game 7.

The Rangers are currently on a five-game winning streak on home ice after losing in triple overtime to Pittsburgh in their playoff opener. 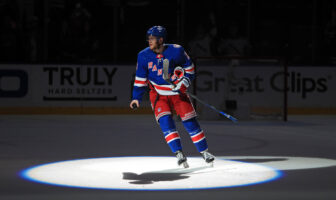 The New York Rangers are going to need Igor Shesterkin to save them.

Simply put, the team’s top scorers are just not reliable enough from game to game in this series to be counted on. The team is going to have to be solid defensively and let Shesterkin maybe steal one or both of these next two games.

“He’s done it from Day One. He makes up believe we can win any hockey game we play in,” Gallant said. “He’s a big part of our group– he’s been outstanding.” 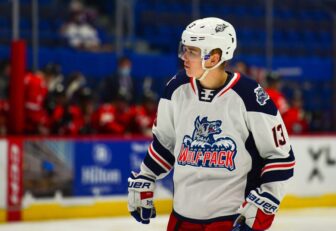 The Colorado Avalanche eliminated the St. Louis Blues with a late goal and will face the Edmonton Oilers in the Western Conference Final. Read more.