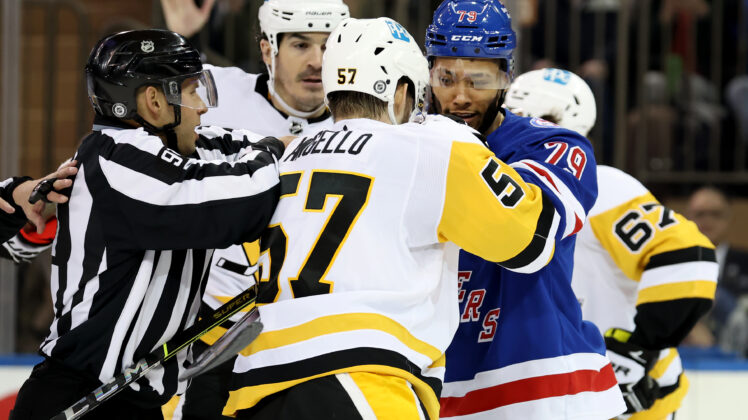 The New York Rangers clinched their first playoff spot in 5 years with a rousing 5-1 win over the Ottawa Senators.

This team will not be resting on their laurels as head coach Gerard Gallant made it clear that their work is not done.

“You always fight for home ice, if it’s first place that’s great,” he said after the game. “We’ve got 9 games left we’ll try and finish as high as we can.”

If the New York Rangers finish in second place in the Metro Division, which the site MoneyPuck has them at 70.9%, they’ll likely face the Pittsburgh Penguins.

The Rangers played them extremely well this season, with their only loss coming in Pittsburgh by a score of 1-0. Igor Shesterkin started all four games and posted a stunning save percentage of .960 with a GAA of 1.01 and a shutout.

The Capitals are making a push up the standings, beating the Penguins 6-3 on April 9. They are two points behind them and could take third place. There is also a possibility if the Rangers take first in the division and Washington stays in the second Wild Card position, they could square off.

Both teams split their only two games of the year with the Rangers closing their season against the Caps at the end of April. Alexandar Georgiev played in the loss in the season opener, but Shesterkin was stellar in his one start with a .973 SV% allowing just one goal.

If the New York Rangers take first in the Metro that means there’s a strong chance they play the Tampa Bay Lightning. A team they absolutely dominated in the regular season, sweeping all three games.

Shesterkin was the common denominator in all three contests posting an incredible .958 SV% with a GAA of 1.30 and a shutout.

Offensively, it was Zibanejad driving the bus with four goals.

If the Rangers take first in the Metro another potential possibility is facing the Boston Bruins.

With one game remaining this season, the Blueshirts have played them very well. Everyone remembers the Thanksgiving Showdown that saw Panarin and Brad Marchand jawing at the benches leading to a Breadman glove toss.

Once again, Shesterkin played in both those contested posting a .956 SV% and a GAA of 1.45. Offensively, Fox and Panarin registered two points each in those games. 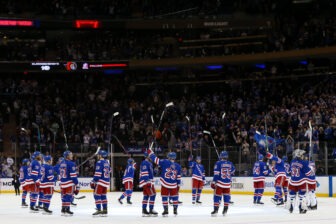 Also Read:
‘Tomorrow’ has arrived for the New York Rangers after clinching a playoff spot