The New York Rangers sit atop the Metropolitan Division on Tuesday morning and the chemistry that has formed between the players is a direct result of the decisions made by and the atmosphere created by head coach Gerard Gallant.

The 58 year-old veteran bench boss has had a great start to his coaching career with the Blueshirts. His team has won 22 games, which is the tiebreaker with the Washington Capitals for first place as each have 48 points.

He comes to the rink every day with an approach to the game his players admire. “Turk” as he is affectionately known, has earned the respect of his team and coaching staff in the few months he has helmed this squad.

His dedication to a team-first attitude has been evident since training camp. Gallant had said then that he would give every player an opportunity regardless if he was a veteran or a rookie.

“I think (Gallant) brings a good attitude,” Jacob Trouba praised before the Holiday Break. “He expects you to work hard. If you make a mistake it’s not the end of the world, but you’re expected to bring a certain level of effort and show up for work every day. When things are needed to be said, he says them and when they don’t, he lets you play hockey. That’s pretty nice as a player.”

The coach has stuck to his word as players such as Nils Lundkvist, Alexis Lafrenière, and Dryden Hunt have received opportunities. Not only have they’ve been given a chance but all have contributed to the success of the Rangers this season.

Getting the most out of players

A head coach’s main responsibility is ensure the team can play sound hockey. Using their tools like speed and other skill sets to impact the game. He also needs be able to have a feel for who is playing well and with whom at any given moment in a game.

Gallant has made players reach their potential in a small amount of time with the club. Case in point, Chris Kreider.

The 30-year-old scored his 20th goal of the season in Monday’s win over the Oilers. The goal was also his 12th power-play goal of the year which is second-best in the National Hockey League.

What is different this season in Kreider’s play is his consistency and confidence. He has bought into the system Gallant has used this season and it shows every game. Kreider has become the unofficial captain of this team and that’s due in part to the faith Gallant has in Kreider. He has made Kreider a better hockey player and a better leader. 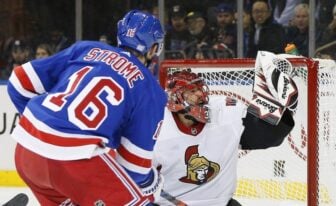 Gallant has made the right decisions when it comes to his lineup and doing so in a subtle fashion.

On the offensive side, He has tried to stick with the parings of Kreider and Zibanejad along with Panarin and Strome. The hard part has been trying to find a consistent winger on each of these lines especially when the team lost Sammy Blais for the season with a torn ACL.

Gallant showed patience as he experimented with different players. This led to a third-line combination of Lafrenière, Filip Chytil, and Julien Gauthier which has played well despite not scoring many goals.

When Artemi Panarin was forced out due to COVID protocol, Gallant inserted Lafrenière into his spot and the result was some of the best hockey Lafrenière has played since he was drafted by the team.

The defense has had two great pairings with Jacob Trouba and K’Andre Mille along with Ryan Lindgren and Adam Fox. The third pair has been a mish-mosh of players with Patrik Nemeth and Nils Lundkvist seeing the most time together.

Recently Nemeth, and Lindgren were unable to be inserted in the lineup for various reasons. The head coach went to the next man up, which was Libor Hajek. He stepped in admirably and has played well paring with Adam Fox. The next move was inserting Zac Jones into the lineup and watching him play well.

This is all a testament to his system and coaching acumen.

The head coach continued with his mastery of decision-making this week when he started Alexandar Georgiev over Igor Shesterkin on Monday despite the outstanding shutout performance Shesterkin against the Tampa Bay Lightning.

That decision gave Georgiev more confidence and displayed the attitude that this team can win regardless of who is standing between the pipes in goal.

Winning is a product of great leadership and decision-making. This team is winning hockey games thanks to some incredible plays by the boys on the ice, but also by a man standing on the bench behind them.

Gallant will continue to instill a positive attitude towards its players while being the one responsible for the calls that will make or break a playoff run come late April. 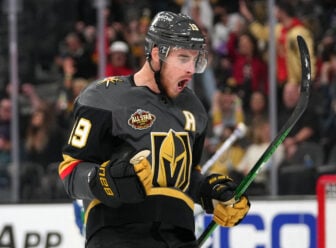