The NHL is a hard cap league and the New York Rangers are right up against it. This isn’t surprising as most teams in their Stanley Cup contention window are going through a similar situation.

Here’s a quick look at the 13 forwards, 7 defensemen, 2 goalies listed and sorted by cap hit:

Although this is the projected 22 man-roster, the team still has to go through a competitive training camp with a few roster spots undetermined. That means the final amount of cap space is yet to be determined.

It’s possible that a rookie player like Will Cuylle makes the team, but the question is who will he knock out? If it’s Julien Gauthier then the Rangers will add to the cap because Cuylle makes $828K. Or maybe Jimmy Vesey makes the team off his PTO and signs for the league minimum of $750K for a slight savings.

What I am trying to relay is that the current cap space is going to be roughly the same come opening night. Which also means the Rangers aren’t going to try and add another player to go with a max roster of 23. GM Chris Drury needs to leave at least $1 million in space for an emergency call up during the season.

You will also notice the Rangers total cap hit is just a tad over $78 million.

Wait! The cap ceiling this year is $82.5 million, why do the Rangers have so little space left? The answer is simple– buyouts! 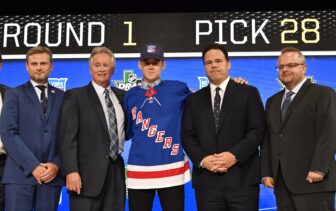 The Blueshirts are currently saddled with $3,427,778 in buyout penalties. Some of those are from buyouts that occurred all the way back in 2017.

Here’s a breakdown of buyouts the Rangers are still paying for:

Note: All cap data via CapFriendly

On June 14, 2017 the New York Rangers bought out the contract of Dan Girardi. At the time, the 10 year Blueshirts veteran had three years remaining on a contract that came with an AAV of $5.5 million.

The Rangers bought out the contract of Kevin Shattenkirk on August 1, 2019. This was a shocking turn of events, considering he was a prized free agent in 2017. Unfortunately injuries hampered his play so they bought out the final two years of his four-year deal that came with a $6.65 million cap hit.

On July 24, 2021 the Rangers and Tony DeAngelo ended a tumultuous relationship. After signing a two-year, $9.6 million contract extension in October 2020, he could not stay out of trouble with his coach and teammates.

The buyout was for one-third of the remaining contract because DeAngelo was younger than 26. The Rangers cap hit last season was for $383,334 and ends with $883,334 this year.

One piece of good news is that the Rangers will get all that cap space back for next season. It comes at a great time as both Alexis Lafrenière and K’Andre Miller will be restricted free agents. 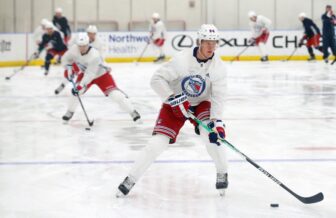