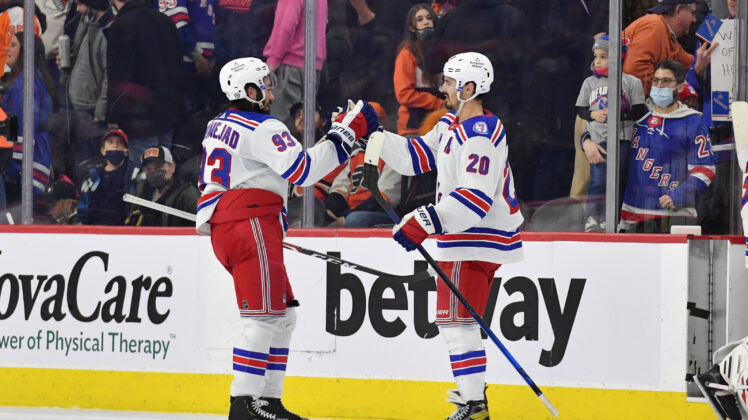 The New York Rangers may have suffered a tough loss to the Carolina Hurricanes on Friday night, but it does not take away an iota from the season they are having.

In The Daily Goal Horn’s latest Power Rankings, it’s becoming clear that the Eastern Conference is dominating. December had four teams in the Western Conference in the Top Ten. This month, it is down to three with the Colorado Avalanche breaking into the Top Five at number three. As for the Blueshirts, they still hold at five one month later.

New York Rangers: The Blueshirts continue to stun many hockey experts with their resiliency. They are 7-3 in their last 10 games, which is really impressive when you realize it includes a 5 game west coast road trip.

Per the website MoneyPuck, the New York Rangers chances of making the playoffs has jumped up since last month from 87.6%. to 92.6%. Some additional odds have them a 5.5% to win the Metro, and a 1.3% chance of winning the Cup.

Taking a look at some of the Power Rankings around the league, the Blueshirts appeared to have climbed on many charts.

Here’s how they’ve moved in rankings from the last time we checked in December to January:

The Rangers certainly weren’t expecting to draft first overall in 2020 when Alexis Lafreniere topped the board, and so he walked into a tough situation where Chris Kreider and Artemi Panarin occupied the top two spots on left wing. Lafreniere, who has been used on the right wing, hasn’t blown up the scoresheet the way other recent first-overall picks have, but as Lucas Raymond – another 2020 pick – lights up the league and even defenceman Jamie Drysdale scores at a better pace, we do wonder when it will click for Lafreniere. Way too early to get worried about him at age 20, though it’d be great to see him start a scoring run on one of the NHL’s top teams.

The Rangers have a way of not getting rattled. At least not in the past month. Lose 5-1? Come back next game and win 4-1. Key players fall out of lineup? Depth scoring and better defense fill the void. In a challenging season for everyone, New York is standing out for how it’s weathering the storm(s). 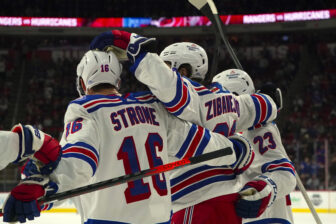