Yesterday was an incredibly busy day in the NHL. Several big transactions took place, and a star goalie decided it was time to hang up his pads. Let’s get caught up on all the major news stories.

Winning the Stanley Cup is one of the hardest accomplishments in all of sports. Lightning GM, Julien BriseBois met with the press yesterday and revealed a plethora of injuries that his team was dealing with.

“(Killorn) blocked that shot, broke his leg on Monday. On a Thursday, in hopes of being able to come back and helping us win a Stanley Cup, had a rod inserted in his fibula and was skating by Saturday.”

An emotional BriseBois held back tears and said, “that’s how you win the Stanley Cup.”

The Montreal Canadiens named Dominique Ducharme their permanent head coach on Tuesday after he led the team to the Stanley Cup Finals for the first time since 1993.

Ducharme was named interim head coach on Feb. 24, 2021, following the dismissal of Claude Julien. After the unexpected run through the playoffs, the franchise rewarded Ducharme with a three-year contract extension through the 2023-24 season.

“Dominique has managed to set his system in place and establish himself as a head coach in a very unusual season with challenging circumstances,” general manager Marc Bergevin said in a news release. “While our team has gone through its fair share of adversity, he has shown a lot of control over the situation as well as showing calm and great leadership. These are important qualities that we look for in a head coach and he fully deserves the chance to lead our team and take it to the next level.”

Every professional athlete comes to the end of the line. Sometimes, they are forced out before their time due to injury. Sometimes, they make the choice on their own. After 15 years, Pekka Rinne is putting away his pads and saying goodbye to the Nashville Predators, on his terms.

“But today … today is the end. I’m retiring from the game of hockey,” Rinne penned in a farewell letter published in the Players Tribune. “This decision wasn’t easy… My body still feels like it could compete at the highest level, but my decision was about a lot more than that.”

During the regular-season he compiled a record of 369-213-75. In postseason action he was 45-44 which included a memorable run to the Stanley Cup Final in 2017. The Predators fell to the Penguins in six games, but “Smashville” forever became a hockey town.

The Minnesota Wild created two spots to protect other players from the Seattle Kraken, primarily Matt Dumba, by buying out Zach Parise and Ryan Suter. Both players had NMC which meant they had to be protected.

“I want to thank Zach and Ryan for everything they did for our organization over the past nine seasons, both on and off the ice,” Wild owner Craig Leipold said in the release. “They were tremendous ambassadors for our team and helped us win a lot of games. I wish them nothing but the best going forward.”

Parise and Suter are now UFA’s this summer. 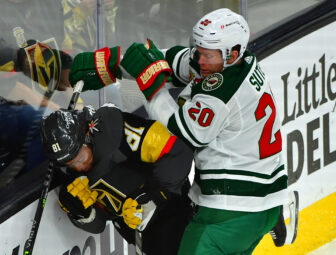 The Rangers are expected to be very busy reshaping the roster to take it to the next level. RFA Pavel Buchnevich has come up in trade talks and could be on the move. For more on this story check out our feature from earlier this week. 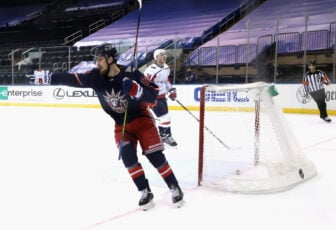