NHL: The Fallacy of Preseason Predictions and Slow Starts Note: I’ve been pretty quiet on the site for the last month as I’ve just finished my first round of midterms in college. I’m planning to post more consistently starting today.

Before the start of the 2015-16 NHL season, media pundits and analysts, as is tradition in the sports world, put a significant amount of faith in one specific team to win the Stanley Cup. Each year, their predictions tend to peter out and lead to nothing. This year’s victim of the pressure system are the Anaheim Ducks who have stumbled out of the gate to one of the slowest starts in franchise history.

The Ducks have shown steady growth and improvement under head coach Bruce Boudreau who has manned the helm since the 2011 season. They’ve embraced a youth movement that has seen the likes of Cam Fowler, Sami Vatanen, and Hampus Lindholm develop around a core of Ryan Getzlaf and Corey Perry. They’re a balanced and dangerous team that should contend for the Stanley Cup, but placing expectations on them before the season even begins is irresponsible and that is reflected in the slow start the team is experiencing. They’ve struggled with correctable issues like on-ice organization and cohesion, and of course 5 games into the season there is no need for panic, but putting unnecessary external pressure on a team to succeed is counterintuitive. 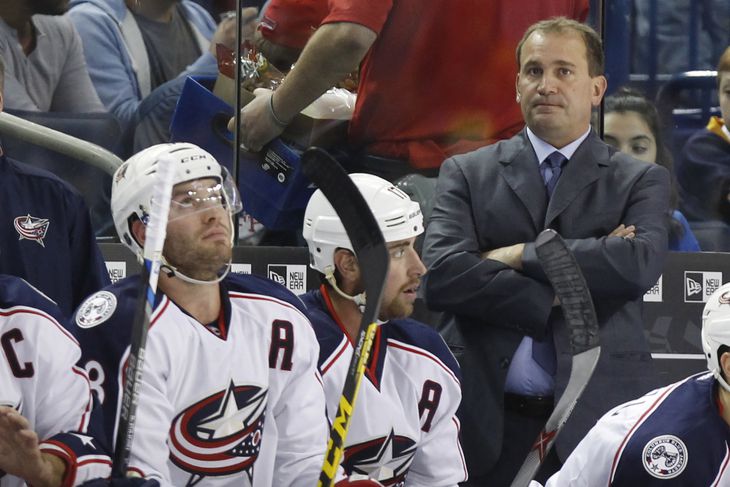 Even more shocking than the Ducks’ slow start has been the absolutely horrid start the Columbus Blue Jackets have experienced. They’ve shown little to no cohesion as a team and as a result sit in an 0-6 hole that will be very difficult to climb out of if they don’t start to turn things around soon. The Jackets have shown progress in the past two seasons as key players like Ryan Johansen and Nick Foglino have developed into scoring threats and possession monsters. Last year was derailed by a slew of unlucky injuries and with a healthy team, the Jackets seemed poised to have a strong, potentially division winning season. The addition of Brandon Saad should have been the icing on the cake, but the on-ice results have yet to reciprocate the on-paper improvements.

In the 2013-14 season, the New York Rangers started out 3-6-0 on the season and managed to overcome a slow start to eventually advance to the Cup Final. A slow start is by no means a death sentence for a team like Anaheim or Columbus, but it does complicate matters significantly for them going forward. How they respond will dictate the outcomes of their divisions and have major implications for the playoffs as they are both big, heavy teams that are built for playoff success.

Note: Since this article was written John Tortorella has been hired by Columbus who picked up their first win last night.