The New York Rangers played two hard fought games against the Minnesota Wild and Dallas Stars this week. Despite some clear issues, mainly the power play, the Rangers found ways to rally for wins in both cases.

That resilience is an element that was missing from their game for much of the first half of the season. Now that they have rediscovered it, they seem much more like the playoff team they were last year.

While the lack of scoring on the power play would seem to be a deterrent, the Rangers found ways to overcome it. The defensemen, particularly K’Andre Miller and Adam Fox, have been crucial to their offense of late. They both scored in each of the last two games, the second of which involved orchestrating a shocking comeback against the Stars.

So should the Rangers make changes to their top power play unit? Former NHLer and NHL Network analyst Mike Rupp doesn’t thinks so and told Forever Blueshirts what he feels they need to do going forward.

“I’d like to see Bread shoot the puck a little bit more,” Rupp said. “Even if you have to last a few to keep the team honest. Everyone knows about Mika’s one-timer and Panarin is so good at finding him. I wouldn’t change [the personnel] but they feel a little predictable, so mix it up.”

After going down 2-0 against the Wild in the first period, the Rangers brought speed and intensity in the second. Goals by Miller and Fox tied it at two. In the third, the Wild went up 3-2, but the Rangers stuck with it, and Filip Chytil scored to tie the game. Fox and Miller both assisted on his goal.

The Rangers received a power play and therefore a notable opportunity to win the game in overtime, but their continual power play difficulties presented themselves and allowed the game to continue. Eventually, shootout goals by Kaapo Kakko and Artemi Panarin with a strong performance by Igor Shesterkin stopping two Wild shooters led the Rangers to the victory.

The end of the third period against the Stars saw the Rangers put on serious pressure and with under a second remaining, one of K’Andre Miller’s shots found the back of the net, sending the game to overtime. A minute and sixteen seconds into the extra session, Adam Fox scored the game winning goal off an absolute dangle to complete the comeback.

This effort on Thursday night represented the “No Quit In New York” motto. Finding ways to win games like this is what made the Rangers successful last season.

Coming from behind twice and persevering in the shootout and overtime illustrates the resiliency contenders need to have. While an inconsistent first half of the season led to some doubt about the team’s chances of even making the playoffs, the Rangers have recovered and are making it clear they belong. They currently sit in third place in the Metropolitan Division with 55 points and a .640 point percentage. 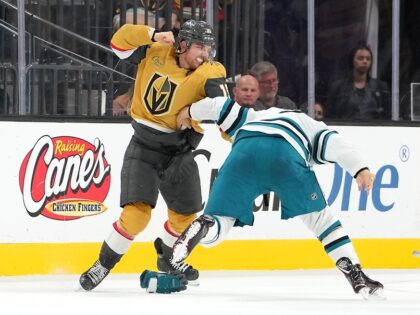