Pack Should Thrive With Ideal Schedule 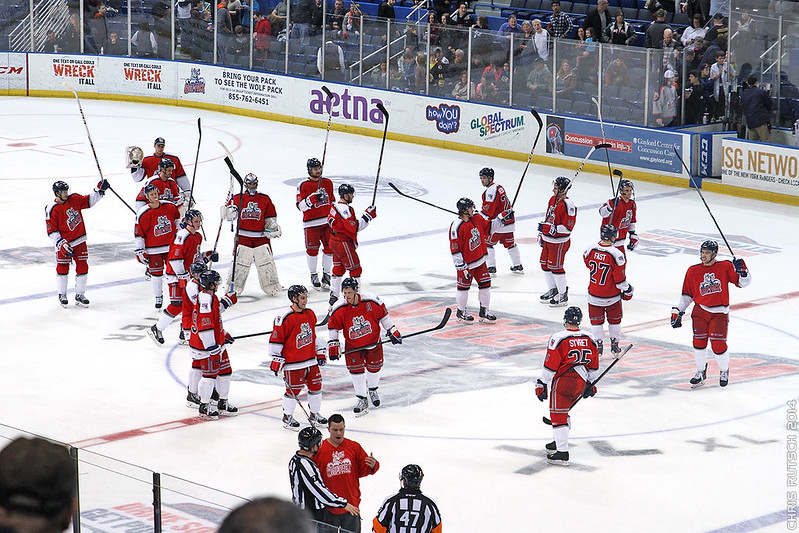 On Tuesday afternoon, the American Hockey League released Hartford’s 21st schedule.  The journey begins at home on Friday, October 6th against a former foe, the Charlotte Checkers. Charlotte returns to Hartford for the first time since the 2010-11 season. In addition, Hartford will face the newly established franchises of Rockets de Laval, Binghamton Devils, and the Belleville Senators. The season features a balanced schedule between the home and away slate. From October 6th to December 31st, Hartford will play 17 games both on the road and in Hartford. In 2018, Hartford plays 21 home and away contests. However, there will be one challenge for the upcoming season. Hartford plays three games in three nights multiple times and that will be tough. Overall, Hartford has the upper hand from a scheduling perspective. Compared to other teams, the club has balance in each month. Travel is logical and when they do go far, it is for multiple games with rest periods. Let’s dissect the schedule!

Common in the American Hockey League, teams play three straight games from Friday to Sunday.  From a business standpoint, the league prefers games on weekends as they draw well. The league tends to give teams weekend dates rather than the weekday. However, the league has cut back by giving a team to play Friday then Sunday, rather than three in a row. Teams will also have a few weekday outings, generally Wednesday then two on the weekend.  From a player standpoint, three straight games are tough to handle! They are difficult to complete in. On the plus side, prospects will adapt to the schedule and excel with compact games. There is limited time to dwell on tough losses or fantastic wins. Play one game, prepare for the next. The schedule allows players to bounce back the night after if they had a rough game the previous night. The Wolf Pack this season have 10 three in threes. The veterans of the team will be used to these as opposed to a first-year pro. Ideally, the veterans will guide the prospects on handling the grueling schedule, after going through it multiple times. Players will have to manage their time off the ice carefully if they want to play their best on a nightly basis.

October 13th vs Toronto – This will be the only time Wolf Pack fans will see the Marlies at home. Last season both clubs met four times as Hartford was 1-3 in the series. Each game featured grit and toughness as it was entertaining to watch.

October 21st @ Wilkes-Barre/Scranton– The first of six meetings against the dominant Penguins. Each game in the season series pushes the Wolf Pack to the brink. Last season, Hartford was embarrassed by the Penguins, getting swept in the season series. The Penguins also feature former Pack players Ryan Haggerty and Tim Erixon.

January 6th vs Syracuse– Hartford will face the Crunch twice in the upcoming season.  Syracuse comes off of a Calder Cup Final defeat against the Grand Rapids Griffins. Syracuse plays a rough style which Hartford has had troubles against in the past.

February 7th vs Bridgeport– Hartford’s annual school day game features an in-state rival.  The Pack have gone 2-2 since the return of school day games they have played, beginning in 2014.

Thoughts on the Schedule

This is one of the best schedules that the league has given Hartford. The entire season is balanced with games at home and away. In previous seasons, Hartford was on the road frequently and at the end of the season, while being home heavy early on. The schedule for this season helps with travel and rest as well. When they go on trips, they go logically.  The club travels to cities that are close enough to each other. The Canadian road-trip is logical as well. Not every team has the most logical schedule due to distance and the number of times they play a specific team. The travel is efficient this year. Despite the frequent three in threes, each opponent is close to the next. Players either can rest in Hartford or along the way to another city. The schedule will not have a negative impact on the players. The league has done a great job with it.