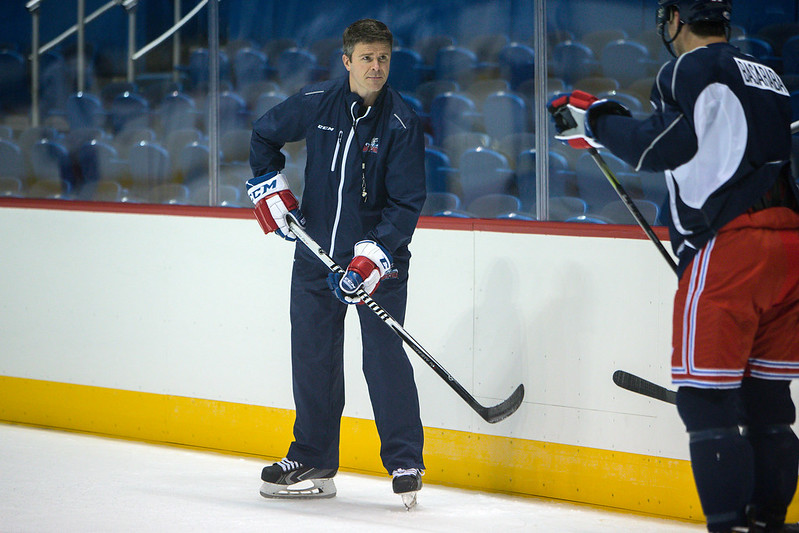 The training camp opens on Saturday, September 22 at the XL Center in Hartford. Day one is on ice testing, while other days include practice and off-ice workouts. During the day of the preseason games, the non-game group will have practice while the other group will not as they prep for the game. Here is the full schedule:

Currently, Hartford has the first cuts of players from the Rangers along with invitees. In addition, a few Maine players are on the training camp list as well.

The Wolf Pack will open training camp with a roster of 17 players, 10 forwards, four defensemen and three goaltenders:

The Wolf Pack will open training camp with a roster of 17 players, 10 forwards, four defensemen and three goaltenders:

More players will be in the training camp at a later date. The cuts made by Hartford will not begin until after the first preseason game.

As a reminder, Hartford plays back to back games:

The first cuts from the Packs training camp will likely be after the first game. Stay tuned for updates as they unfold. Hartford will have to submit their finalized roster either Wednesday, October 3rd or Thursday, October 4th to the American Hockey League. The season opens up on Friday, October 5th.

As the Rangers make their cuts, the training camp in Hartford will become highly competitive. The group will have motivated, young, talented prospects to make the roster in the AHL. The league is the second best in North America.  Players on an invitation, such as Shawn O’Donnell who comes to training camp as a grizzled veteran will have a tough time battling for a spot against the Rangers fresh youth. Shawn O’Donnell is an ex-Pack player who played with the organization from the 2013-14 season to the 2015-16 season. The forward joined Hartford last season through a professional tryout agreement, playing in one contest with the Pack before being released.

As for other invitees, they will also have to bring it if they want to be considered a spot. From the top line to the fourth, there is limited space for everyone. If any prospect cannot crack Hartford’s lineup, they will be re-assigned to Maine and participate in their training camp.

It will be interesting to see who ends up where throughout the organization.