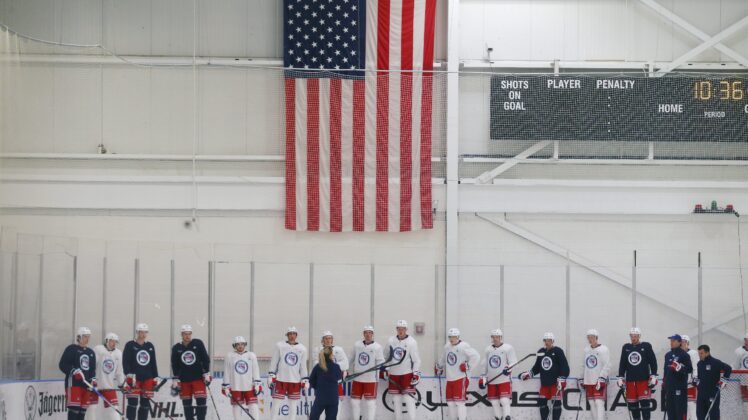 The New York Rangers announced three signings on Monday afternoon. Austin Rueschhoff, Turner Elson, and Andy Welinski all agreed to new contracts. Financial terms were not disclosed by the team.

All three players are expected to compete for jobs with the Rangers AHL affiliate, the Hartford Wolf Pack.

Rueschhoff, 24, was signed out of college as a free agent back on March 20, 2020. At 6’7 and 229 lbs, the forward is one of the biggest prospects in the Rangers pipeline. Last season with the Hartford Wolf Pack, he recorded 14 goals and 24 points in 59 games. He was ranked 6th on the team in goals which earned him a one-year deal at $750,000 per CapFriendly. Rueschhoff is exempt from needing to go on waivers for a call up.

Elson, 29, played last season with the Detroit Red Wings AHL affiliate and even appeared in to games with the big club. The forward scored 45 points in 73 games with the Grand Rapids Griffins. Per CapFriendly, he was signed for two-years with an AAV of $762,500.

Welinski, 29, registered 19 points in 39 games with the AHL’s Stockton Heat an affiliate of the Calgary Flames. Per CapFriendly the defenseman has signed for one-year at $750,000.

Forever Blueshirts has been told that Othmann will be heading to Edmonton to compete for Team Canada at the recently rescheduled World Junior Championships from August 9th to 20th. The tournament was cancelled back in December.

On Monday, we ranked 10 of the Rangers top prospects by NHL readiness. Here’s a look at the list.

If you want to dive deeper into the list, check out the full article here. 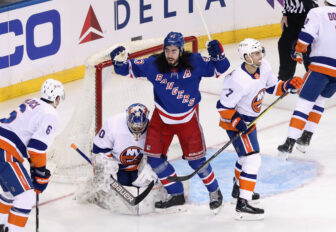