The Rangers look to bounce back into the win column as they travel to Canada’s capital and face the Ottawa Senators. The Rangers are currently coming off a shootout loss to the Dallas Stars, in which Ondrej Pavelec shined in net for New York. Ottawa is currently riding a two-game losing streak, most recently a loss against the Buffalo Sabres in Buffalo.

A Complete Effort Needed – Every Rangers fan knows that Ondrej Pavelec earned that point for the Rangers on Monday night. Out of the gate, and throughout most of the game, the Rangers were utterly dominated in every category. In a less than stellar effort, the Rangers were outshot 16-5 through the first period, 33-10 through the second, 41-19 through regulation and 45-25 by the night’s end. From the drop of the puck, and for most of 40 minutes, the Rangers were not engaged in the forecheck, on the powerplay, or in their own zone. They were out of sync, which caused the effort level to drop.

The Senators, although they sport a power play and penalty kill that ranks 27th overall, cannot be taken lightly and a repeat of the effort they displayed against Dallas will not do them any favors against a very talented Senators team.

The Stars, who had dropped three straight, came in waves. And if the Rangers seemed to have no idea what (or who) was coming, there’s a reason for that, according to Chris Kreider.

“It wasn’t what they did, it was what we weren’t doing. There was no communication, no talking,” the winger told The Post. “When you’re playing a team that’s as fast and aggressive as they were, you have to talk. Whether it’s the forwards or the defensemen, you’ve got to let your teammates know what’s coming.

“You can only feel so much. When we’re not talking and helping each other out, this is what happens.” New York Post

Goaltending – Monday night was indicative of what solid goaltending can do for a team. In a less than stellar effort from his mates in front of him, Ondrej Pavelec made 44 saves in a tremendous effort to steal the Rangers a point. Whether Lundqvist starts in goal or Pavelec gets the call again, another solid goaltending performance can benefit the Rangers to a win, granted the team in front of them plays their game.

So it's Pavelec and Kampfer as the extras skating this morning in Ottawa. Means Lundqvist set to start tonight, same lineup. #NYR 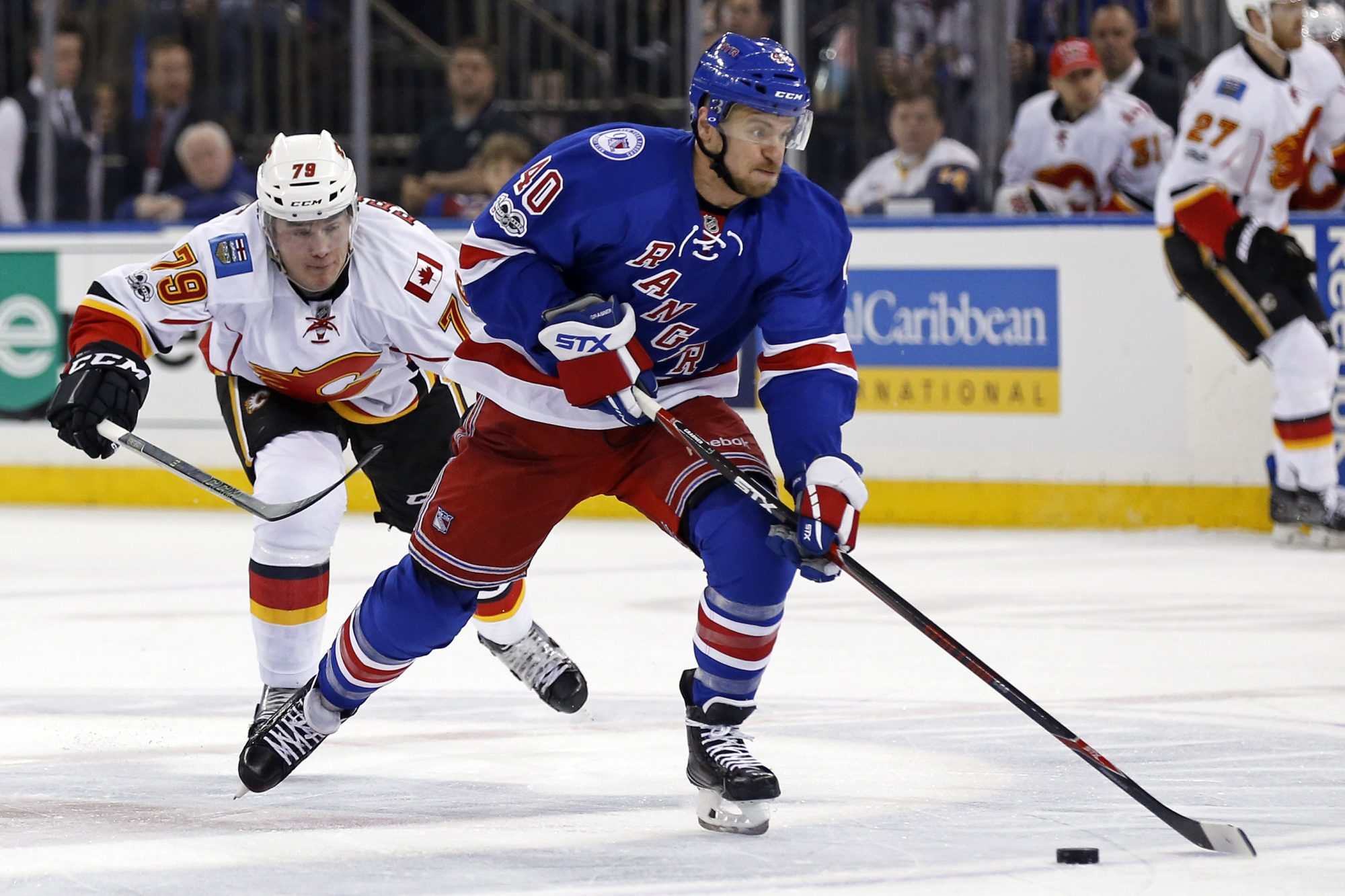 Michael Grabner – Although not playing on the power play, Michael Grabner has 14 goals for the Rangers, which leads the team. On most nights, Grabner is a noticeable presence on the ice with his speed and new found scoring touch. One of the many players used to anchor a solid penalty kill, which ranks ninth in the league, look for Grabner to hold his own versus the Senators.

Erik Karlsson – The sleek, dynamic, all world Swedish defenseman, Karlsson currently has 18 points, and leads the Senators in assists with 17. Although he only has one goal this season and has only registered one point in his last five games, Erik Karlsson is a player that should not be taken lightly. At any moment, he can strike and make a difference, just like in last year’s playoff series against the Rangers. Look for Karlsson to make a difference for the Senators as they try to topple New York in Ottawa.

Mika Zibanejad did not travel with the team to Ottawa but did participate in Monday’s practice. Instead of centering Pavel Buchnevich and Chris Kreider, Zibanejad skated as the extra defenseman with Steven Kampfer. He did get some time on the first PP unit but David Desharnais primarily took most of the reps in practice.

#NYR with the lines and D pairs that began yesterday’s game. Zibanejad practicing but would assume he won’t play tomorrow, but we’ll hear from AV after practice.

Alain Vigneault is very happy with the progress Zibanejad has made in recovering from his latest concussion.

“He’s coming along real well,” Vigneault said of Zibanejad. “Today he had a full practice on D. I thought he looked real sharp so I’m looking forward to trying him in the middle.”

Vigneault called it a “possibility” Zibanejad could practice at center at Thursday’s practice. “He might get a couple laps in the middle there.” Rangers Practice Report

Coach Vigneault is confident that his team’s effort on Monday night was just a small bump in the road, in a stretch where the Rangers have played well.

“Our body of work lately, I think for this last little stretch of a little over a month, we’ve been pretty close to one of the top two teams as far as winning percentage in the NHL,” Vigneault said. “In that big body of work, we’ve had some real good moments. We’ve had some other games where a period may have been more challenging.”

Vigneault said over the course of an 82-game season, teams will have nights like Monday against the Stars, but also stated his team will “look at a couple little points” from that game and use it as a learning experience before the puck drops in Ottawa Wednesday. Rangers Practice Report

Puck drops at 7 at the Canadian Tire Centre!