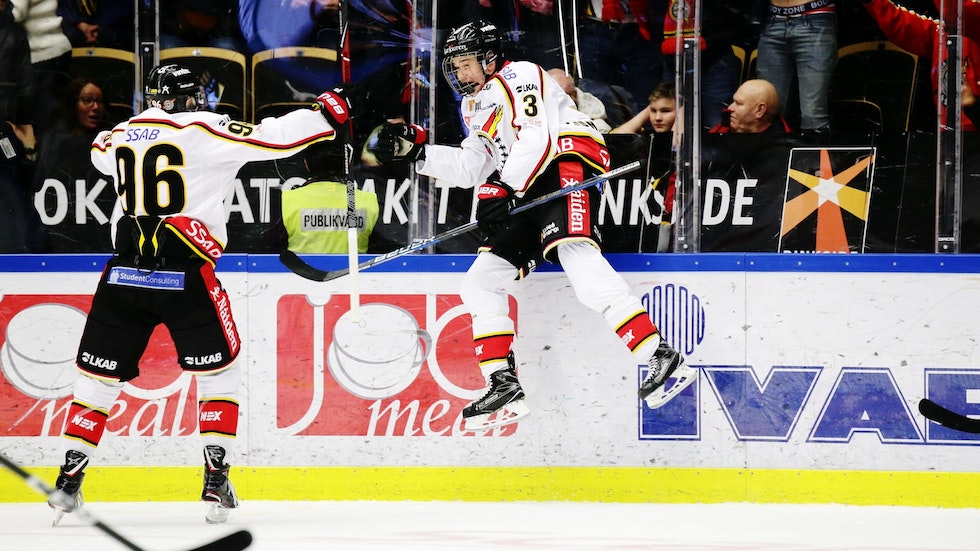 My fellow Americans, I mean Rangers fans, sorry, all these political ads got to me, circle the date November 11th, 2018 on your calendars. That date is important because Team Russia will battle Team Sweden in the Men’s Under 20 Four Nations Tournament. Two of the three first round picks from the Rangers 2018 draft class will go head-to-head representing their respective countries. Vitali Kravtsov, the ninth overall pick and the supremely talented Russian winger will face off against Nils Lundkvist, the slick-skating Swedish defenseman taken with the 28th pick overall.

It’s better to judge these neophytes when they are playing in these international tournaments against players more their age and experience levels as opposed to when they are back home playing for their club teams. European club hockey is far different than North American colleges and Canadian Junior leagues. Younger players, especially teenagers, don’t get much in the way of ice time. They tend to get buried on the bench in favor of the older, more experiences players. That is why their stat lines for their club teams tend to be rather pedestrian. I am excited to see how these future Rangers perform on a more level playing field.

It is worth pointing out that both Kravtsov and Lundkvist have already exceeded their point totals from last season. In 2017-18, Kravtsov had seven points in 35 games playing for his KHL team. Thus far, he has tallied eleven points in just 24 games. Exciting! Lundkvist in 2017-18, had five points in 28 games. In 16 games playing for his Swedish club team, the offensive defensman has put up six points in 16 games. Encouraging!

We can’t have any discussion about European prospects without giving an Igor Shestyorkin update. The super goaltending prospect continues to dominate in the KHL. His stat line says it all. 10-2 record with a 1.25 goals-against-average. Combine that impressiveness with a .947 save percentage and four shutouts and Rangers fans have a legitimate reason to feel giddy about the impending arrival of the acrobatic Russian netminder.

Over the last two draft classes, the Rangers have had a total of 17 picks. They spent an astounding eleven of those picks on players from European teams. That is roughly 75% folks. I am not sure exactly as to why Jeff Gorton, Gordie Clarke and the rest of the Rangers scouting team decided to go the way of Europe so frequently. It doesn’t really matter to me what country a player comes from as long as they produce and help the team win. However, most European players have the reputation of being soft and staying as far away from the net as possible. It has become quite clear that head coach David Quinn has high levels of disdain for players who seem allergic to being anywhere near the opposing team’s crease. It will definitely be interesting to see just how many of those eleven European players actually end up playing for the demanding Blueshirts bench boss.

In other news, the Rangers 7th round pick in the 2017 draft, forward Patrik Virta, has left his KHL team and is now a free agent. The skilled but diminutive Finn put up some impressive numbers playing in the Finnish Elite League. He tallied 66 points in 107 games for TPS Turku before making the jump to the KHL. It remains to be seen whether or not Virta will cross the pond and sign with the Rangers, or their AHL affiliate in Hartford.

As we get closer to the start of the eagerly anticipated 2019 World Junior Championships, which will run from December 26th, 2018 to January 5th, 2019 and will be played in Canada, we will continue to monitor the progress of Kravtsov, Lundkvist and any other indigenous player who has a chance to represent their country in what has become the supreme showcase for young players all over the hockey world. Once each country announces their respective rosters, we will see just how many Rangers prospects will be playing in this tournament and who we can keep our collective eyes on.