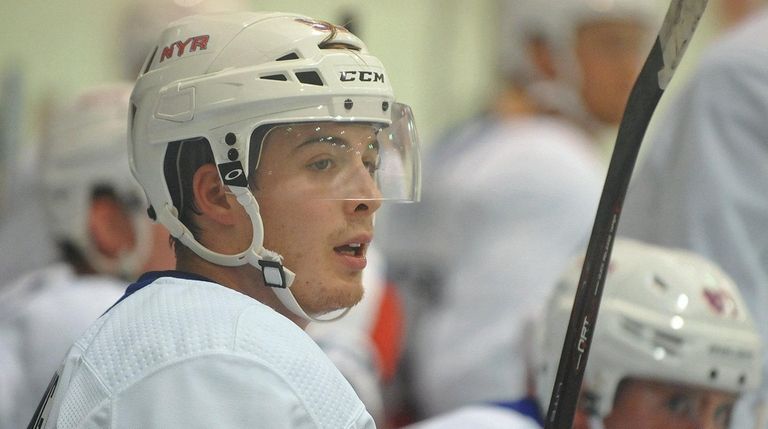 Here are the latest rumblings around Rangerstown!

The Rangers announced their first round of roster cuts today, and a couple of the names may be a little surprising to some.

Nico Gross was assigned to the Oshawa Generals.

Jeremy Brodeur was released from his PTO. pic.twitter.com/3ZhjgBgstJ

Ty Ronning, who lit up the WHL scoresheet last season with the Vancouver Giants, did have a chance to at least compete for a spot on this year’s Rangers roster. That being said, there is no harm in sending him back to Hartford to start the season. Ronning has played in just 15 AHL games since joining the organization and having him get more professional seasoning under Keith McCambridge will definitely help his game.

Sean Day, the Rangers third-round draft pick back in 2016, is also being sent to Hartford. Day has been talked about for quite some time now as one of the better defensemen in the Rangers system, yet he won’t even be given the chance to play in a preseason game for the Blueshirts. Day is a very good skater, but he does have consistency issues according to Curtis Joe of Elite Prospects. “His consistency and enthusiasm exhibited at the game’s defining moments do seem to wane, and the pressure felt seems to impact his decision-making slightly.” The 20-year-old is by no means going to be relegated to Hartford for the rest of his career, but he does need to improve if he wants to appear on Broadway sooner rather than later.

3-on-3 play at practice. Down to 2 groups (from 3). Boo Nieves not in either. pic.twitter.com/bFF5dJ7YZy

Rangers head coach David Quinn spoke to the media about the Eric Gryba hit on Boo Nieves during last night’s preseason victory. Nieves, who was held out of practice today with a concussion, was involved in a helmet to helmet collision with the Devils defenseman. Quinn said that he was happy his team won the game, which some would argue is the best revenge, but he did acknowledge there are other ways his team could have answered for Gryba’s actions.

Quinn on if there should have been a "response" to Eric Gryba hit on Nieves: "I like the fact that we responded by winning the game, but obviously there are other ways you can respond." Said he talked to team about it. "We're not going to be the Broad Street Bullies." he added.

Mika Zibanejad has practiced with the team over the last couple of days after having the wind knocked out of him by 2018 third-rounder Joey Keane. Zibanejad could play tomorrow night against the Flyers but told reporters he hadn’t been informed if he would be in the lineup.

BTW, Zibanejad is fine. Took part in Mondays's scrimmage and in Tuesday's practice. Said he's good to go. Could play tomorrow, but didn't know if he's in lineup yet.