Wayne Gretzky who holds 60 NHL records decided it was time to break another one 21 years after retiring. A record he set in December of last year. His 1979 O-Pee-Chee rookie card became the first hockey card to break the $1 million mark at $1.29 and it just sold for $3.75 million now.

Per a report from the Canadian Press, the card was sold to an anonymous buyer. The TOPPS version sold for $720,000 even though it’s the same exact card, O-Pee-Chee is considered the standard because hockey is viewed as a Canadian sport.

“Chris Ivy, Heritage Auctions’ director of sports, says the rarity of the item boosts the price. “(It) is not surprising considering how rare and significant this card is,” Ivy said in a statement. “After all, there are only two examples. And, it’s Wayne Gretzky.” 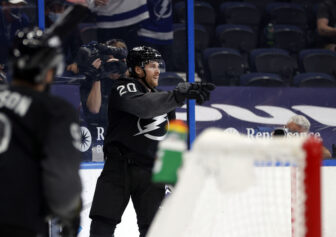 The Great One could be the next great analyst as he’s headed to TNT to be part of their broadcast team.

Wayne Gretzky will be a lead analyst on Turner’s forthcoming premiere studio show after agreeing to a contract that will pay him in the neighborhood of $3 million per season, according to sources.

The most interesting aspect of this journey to TNT is Wayne’s old buddy and neighbor Charles Barkley recruiting him. This is a huge score for TNT. Gretzky will easily be the biggest draw in hockey television coverage in ages.

ESPN is out on Wayne Gretzky, paving the way for The Great One potentially going to TNT as an analyst for its NHL studio coverage, The Post has learned. Gretzky’s role with TNT would be akin to Charles Barkley’s on “Inside The NBA.” If a deal is done, Gretzky, 60, is expected to command in the range of $5 million per year, according to sources. Turner has put the full-court press on for Gretzky by using Barkley, the Great One’s former neighbor in Arizona, as its chief recruiter, according to sources.

Here’s to seeing Wayne Gretzky in beautiful HD talking about the great game of hockey.