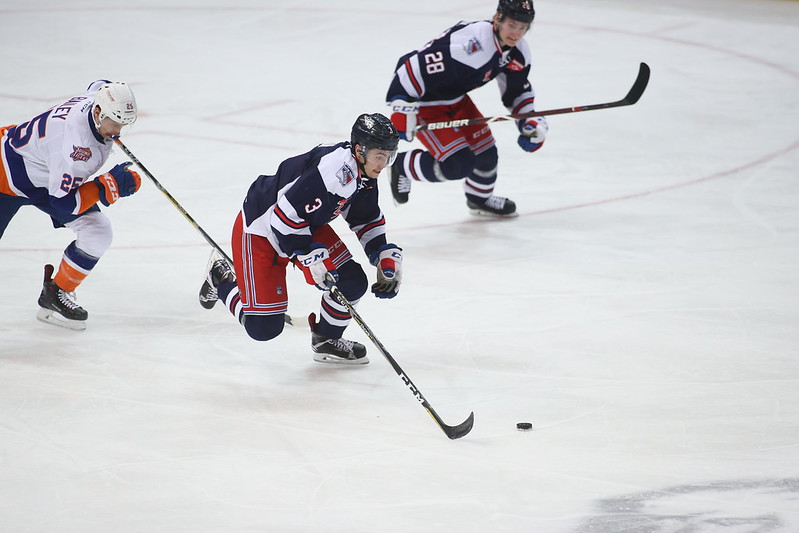 The Wolf Pack keep on rolling! The club has not lost in regulation since January 15th and heads into this week with a record of 24-20-4-3 for 55 points (.539 point percentage). They are sixth in the Atlantic Division, however, they have two more points than fifth place Bridgeport due to the two games in hand the Sound Tigers possess. Charlotte is in fourth and are two points ahead of Hartford with one game in hand. This week is a critical week, with the Pack possibly being able to jump ahead of Charlotte in the standings. Let’s check out the latest happenings.

Hartford plays Charlotte twice, on Tuesday and Wednesday, and the Checkers occupy the last playoff spot. Hartford has shown readiness against a tough Charlotte club considering the group swept back to back games in Hartford in the last weekend of January. Hartford won the first game tilt in a shootout while the Pack shutout the Checkers Saturday. In order for this “series” to be a success, Hartford must collect three of four points to leapfrog Charlotte in the standings, especially the one game in hand.

Hartford has been a revolving door as of late between call-ups, trades, or re-assignments of Greenville players. In a span of two days, Hartford had 12 roster moves. The one that hurts most for the Pack is Alexandar Georgiev being called up to the Rangers. Brandon Halverson played his first game up with Hartford last Saturday and this was his first game in net in over a month. Chris Nell was also recalled from Kansas City in the ECHL.

Despite the additions and losses, the Pack still have a strong roster and they are getting the job done.