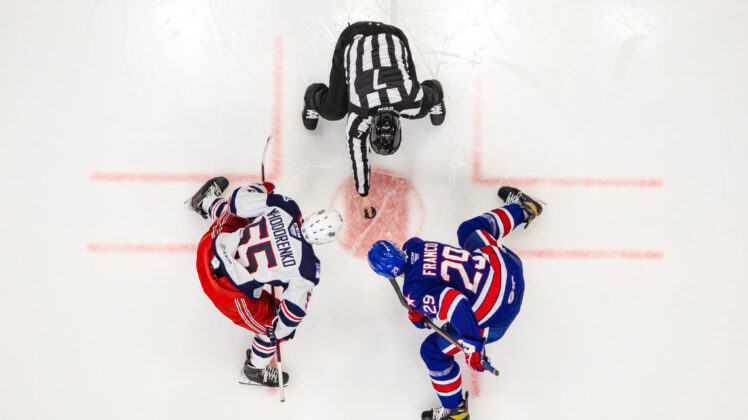 Hartford’s first three games back featured many new faces over the week. While the Rangers elected to utilize their taxi squad, Hartford managed to find players from the ECHL to fill in the large voids on the roster.

In addition to the call ups to the main squad, Hartford faced injuries and players on Covid-19 protocol. As the roster is adjusted on a game by game basis, chemistry is again a work in progress. Unfortunately, the Wolf Pack were only able to win one of three games last week as they look for continuity.

The club recorded a 3-2 victory in their first game back from the holiday break on Wednesday, December 29th against Bridgeport. Hartford was shutout for the first time this season on New Year’s Eve as the club dropped a 4-0 decision against Providence. In the first game of 2022 on January 2nd, Hartford’s comeback fell short to Rochester with a 4-3 final.

Entering the week prior to Wednesday’s games in the division, Hartford compiled a record of 14-8-2-2 for 32 points (.615). The Wolf Pack are ranked second in the Atlantic Division. In the Eastern Conference, Hartford is fourth. The club is ranked ninth in the American Hockey League.

Division-wise, the Springfield Thunderbirds are ahead by five points. Springfield is 17-8-2-1 for 37 points (.661). Keep in mind that Springfield has struggled as well with their depleted roster as the Thunderbirds are 4-5-0-1 in their last ten games. Identical to Hartford’s situation, both clubs started the season well and have some wiggle room to maintain their respective positions.

Another team that is performing well as of late is the Providence Bruins. The team is beginning to click having shutout Hartford and Springfield in recent weeks. The Bruins are 13-8-3-1 for 30 points (.600), which ranks the club fourth in the division entering the first full week of January.

Please keep in mind that teams in the division are playing 76 or 72 games this season as the standings are based on point percentage.

The AHL transactions page continues to be busy for each team in the league. Here’s the latest:

While the Wolf Pack have their core players removed from the roster, Hartford has elected to give additional players a larger role and more ice time.

The veteran is the perfect candiate to lead Hartford’s top line. Greco is able to produce and generate numerous offensive chances. Greco is not afraid to shoot the puck and has showed that as the season progresses. Utilizing his speed also elects him to generate more chances and be able to play the puck, especially on the power play.

The talented prospect will have more opportunities on the ice. Pajuniemi recorded a nifty goal in last Sunday’s contest against Rochester. The forward continues to develop well and have a solid rookie season. Pajuniemi has points in the last six of 11 games. In the recent weeks, the prospect is firing more pucks on the net that are high scoring opportunities.

The 24 year old is a great depth forward for Hartford and he has the opportunity to showcase himself further on the roster. Ronning is four points away from tying his AHL season high (18) of last season. This is great to see considering Hartford is still in the first half of the season. While he does not record points on a nightly basis, Ronning provides the additional support offensively and has shown continuous strides on both ends of the ice. His work ethic is superb and he is a player that shows up on a daily basis.

The rookie is another continues to develop his skill-set for his first full season in the AHL. While the prospect participated in last year’s season that was shortened, Khodorenko will get a taste of a full season loaded with ups and downs. The forward is two points away from tying his points from last season (10). Khodorenko is beginning to find his offensive swagger and has found himself on the scoresheet in the last four of six games. For a rookie, that is great to see as he is taking advantage of the opportunity with more ice time. 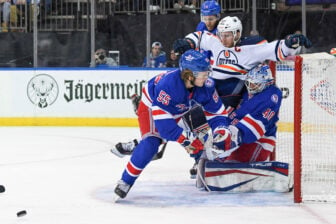