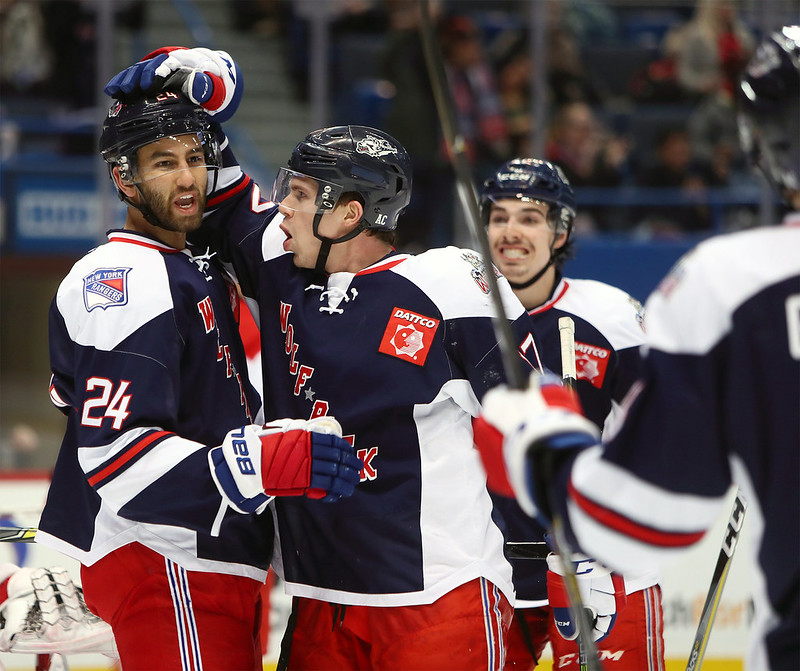 Spring is in the air with playoff action in the National Hockey League. For the American Hockey League, the postseason action begins next week.

This week concludes the 2017-18 season. To me, covering Hartford this season had the ups and downs. I had moments where the team was great, and other moments not so hot. Overall it was fun watching the Wolf Pack compete. I am looking forward to next year with a bigger and better roster as the organization’s future is bright. Let’s wrap this week up.  Expect to see off-season articles soon for Hartford!

The prime goal for the Wolf Pack is to go above .500, and they are close to reaching that goal. With two games remaining, Hartford is one win away from finishing as a .500 club, which is where they were for most of the season.

At this point, going above .500 would be ideal for Hartford. From a standings standpoint, Hartford will most likely finish sixth in the Atlantic Division. Bridgeport is in fifth and ahead by seven points. Springfield is in seventh and is behind Hartford by three points, however, Springfield has three games remaining. If the Pack drop any game and Springfield wins at least two of their last three, then the Pack will drop to seventh.

As reported earlier in the season, the Rangers and Swamp Rabbits have cut ties. You can read about it here.

The future of the XL Center could be possibly known this summer. The building will go on an RFP (request for proposal) this month. Private investors could submit to renovate the 40 plus-year-old facility. Stay tuned for updates throughout the summer.

On another note, the Wolf Pack’s schedule should be out in July from the league.