Zdeno Chara, P.K. Subban, and Keith Yandle all retire on the same day

Zdeno Chara, P.K. Subban, and Keith Yandle have announced their retirement from the NHL.

As training camps get set to open, three of the the game’s most well known defensemen have called it a career on Tuesday morning.

It started with Keith Yandle, followed by Zdeno Chara, and then capped by the stunning announcement from P.K. Subban.

In an Instagram post, Chara announced his retirement but will do so first by signing a one-day contract with the Boston Bruins.

“After 25 seasons of professional hockey 1,680 NHL regular season games, 200 Stanley Cup Playoff games, and hundreds of international games I am proud to announce my decision to retire from the National Hockey League,” he said. “In doing so, I am honored to return to TD Garden today to sign a one-day contract with the Boston Bruins and officially finish my career with the team that has meant so much to me and my family. There are so many people that have helped contribute to my success, including all of you, and I look forward to properly thanking everyone this afternoon.”

For his career, he’s registered 680 points and 2,085 penalty minutes in 1,680 games with the Islanders, Ottawa Senators, Bruins and Capitals.

P.K Subban is calling it quits after just 13 NHL seasons. The star defenseman made his announcement on Instagram this Tuesday morning.

“I remember my dreams of playing in the NHL and winning a Stanley Cup, similar to the guys on the Don Cherry Rock’em Sock’em tapes at the end of every volume, with the black eyes, broken bones, and tears of joy. To this day, I still dream about it,” Subban wrote. “However, the end of this chapter is closing and after 13 years in the NHL, I have made the decision to retire.”

The Montreal Canadiens selected P.K. in the second round of the 2007 Draft where he played the first 7 years of his career winning the Norris Trophy in 2013. He was then dealt to the Nashville Predators for Shea Weber and played there for three seasons.

For his incredible career, Subban has amassed 467 points in 837 regular-season games.

He announced his retirement after 16 NHL seasons on the Spittin Chiclets podcast.

“I’m coming on to let you guys know… I wanted to tell you that I am shutting it down from the game of hockey,” Yandle said. “I’m really at ease with it and looking forward to the next chapter.”

For Yandle’s great career, he competed in 1,109 regular season games after being drafted by the Arizona Coyotes in the fourth round of the 2005 Draft.

Last season, he registered 19 points in 77 games for the Philadelphia Flyers. He ends his NHL run after 16 seasons with additional stops on the New York Rangers and Florida Panthers. The former all-star defenseman amassed 619 points during that span. 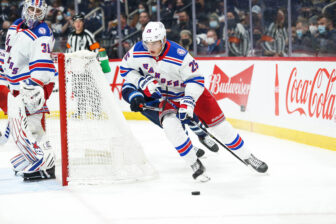