The New York Rangers will begin another tough portion of their schedule beginning tomorrow night in Columbus. They will play six games in the next nine days.

The NHL scheduler gave the Rangers a few days off in between games this week but is making up for lost time.

Rangers back to playing a lot of hockey

The Blueshirts last played on Monday, defeating the Florida Panthers at the Garden 4-3.

Their next game is set for Saturday night when they visit the Columbus Blue Jackets. That is the front end of a back-to-back weekend that will see the team have to come home and host the New Jersey Devils.

The Rangers will see the Montreal Canadiens at the Garden, then head to Canada again when they visit the Toronto Maple Leafs on Thursday and conclude the nine-day craziness with another back-to-back set, at Ottawa Saturday afternoon and home again to face Buffalo on Sunday evening. 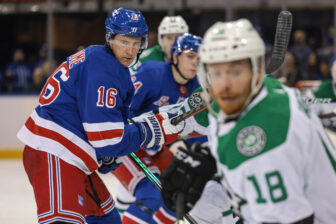 Georgiev needs to step up

The Rangers will need to see Alexandar Georgiev play more consistently if the Blueshrts look to start a winning streak. Though they have a 7-3-3 record, the team has not played very well defensively.

Georgiev, 25, has played in three games this season with a 1-1-1 record. He has a 4.26 GAA which indicates his struggles in the early going.

The Blueshirts have also allowed 11 third-period goals in the last four games. This has resulted in a 1-3 record due to their inability to play a complete 60-minute hockey game.

Igor Shesterkin will get the majority of work over the next week. He has stolen at least three wins this season and with the way the club has played in recent games, he will need to continue to make the unbelievable save to keep them afloat.

However, the pressure will be squarely on Georgiev. Should he falter, AHL Wolf Pack and former NHL goalie Keith Kinkaid could be a recall candidate. He would need to pass waivers in order to be called up.

A slow week in Rangerstown is now coming to an end. The Rangers will be seeing a lot of ice-time and earning some frequent flyer miles over the next nine days. 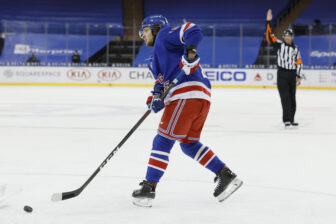