How to watch Rangers vs Devils, plus matchup notes

NEW YORK, NEW YORK – OCTOBER 06: Chris Kreider #20 of the New York Rangers and P.K. Subban #76 of the New Jersey Devils fight during the third period during a preseason game at Madison Square Garden on October 06, 2021 in New York City. The Rangers defeated the Devils 6-2. (Photo by Bruce Bennett/Getty Images)

How to watch Rangers vs Devils as they look to go perfect on this current 3-game road trip.

How to watch, listen, stream: Rangers vs Devils

The Rangers have dominated the Devils as they enter the game with an eight-game winning streak and have outscored them 36-14 in those games.

Chris Kreider – 40 GP, 16G-14A—30P – Kreider’s 30 points playing New Jersey are also the most he’s recorded against one team in the NHL. Kreider has 12 points (8G-4A) in his last 12 games against the Devils and has goals in three of his last four games against them. 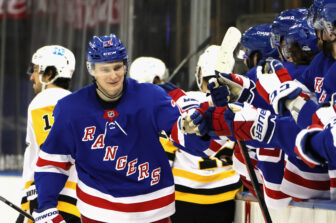 Mika Zibanejad is 1 overtime goal away from tying Cecil Dillon, Butch Keeling and Brian Leetch (7 each) for the most overtime goals by a player in Rangers history. He’s 3 points from 500 points in his career.

Justin Braun is 5 points from 200 in via career. 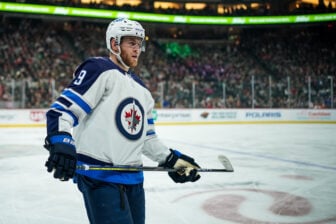