How to watch Rangers vs Maple Leafs; plus 4 postponed games rescheduled

The New York Rangers will play the Toronto Maple Leafs on TNT. That will not be the last time fans will be looking for a Blueshirt game not on MSG Networks.

We are in a new era of sports and in particular, watching them. Last season, the majority of New York Rangers games were on MSG Networks or NBCSN. This season, fans find themselves flipping around to look for some games.

How to watch the New York Rangers tonight

Here are the remaining games not on MSGN, including ESPN+ which you must subscribe to:

Check your local listings for all games not on ESPN+

The National Hockey League and New York Rangers have announced the following schedule changes, including the rescheduling of three postponed games: 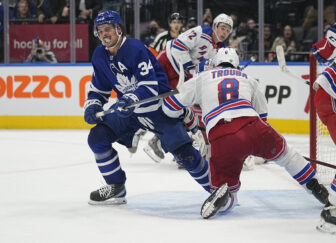