Jonny Brodzinski cleared waivers earlier today and returned in time for the Hartford Wolf Pack’s matchup versus the Providence Bruins. Almost as soon as he donned his jersey as captain of the team, he immediately proceeded to score to give the Pack an early lead.

Jonny Brodzinski back with Pack

Brodzinski, 29, played 16 games with the New York Rangers this season registering a goal and an assist. Should the Rangers have need of a forward for a call up, the quick and aggressive checker will likely get another chance.

For now, he resumes his role as an integral player for the Pack, where he scored 9 points in 17 AHL matches earlier this season.

Zakary Karpa (2022 New York Rangers 6th Round – 191th overall) returned to the Harvard Crimson lineup Friday night against rival Yale Bulldogs at Ingalls Rink in New Haven, CT. It was his first game of the 2023 calendar year after being out since a December 30th loss against Boston University. Though he had been centering the second line earlier in the season, Karpa was eased back by shifting to left wing on the fourth line.

Rob O’Gara, who played 22 games for the New York Rangers at the end of the 2017-2018 season after being acquired in the Nick Holden trade, was behind the Yale bench, serving as an assistant coach for the Bulldogs.

Both teams began the game serving two minute minors for “protocol violations”, opening the contest 4 on 4 to start. Thirty four seconds into the game, Niklas Allain of Yale was called for slashing, but the home team was able to successfully kill the penalty.

The Bulldogs would then get their first powerplay at 3:31 when Captain Baker Shore of Harvard was charged with interference. With 14:50 on the clock, Zakary Karpa was out for the Crimson on the second penalty kill unit who did not surrender a goal against. Later on in his shift, Karpa carried the puck over the red line, but was stood up in the offensive zone before heading off to the bench for a change. The sophomore was back on the ice with 9:54 to play for an offensive zone start following an icing call. He took a hit in front of the visitor’s bench around the 9:26 mark.

Teddy Wooding opened the scoring thirteen minutes and five seconds into the game off an assist from Ian Carpenter and Reilly Connors. Karpa would be sent out for the Crimson on the ensuing faceoff. He gained possession of the puck in the offensive zone, and made a nice play to dump it in the corner, but was off with 6:15 to go for a quick shift.

Hayden Rowan of Yale was called for hooking at 15:02. Harvard cycled the puck well towards the end of the power play, but was unable to score. Karpa was on the ice with just over two minutes remaining in the first period. He went back to the bench with 1:24 to play after receiving a pass just before the blue line for a “dump and change”. With 57.6 seconds left in the period, Havard went back on the powerplay when Dylan Herzog of Yale was called for handling the puck. The advantage was short-lived however, as Sean Farrell committed a hooking penalty with 18.4 seconds to go after failing to control the puck at the top of the offensive zone circle. The first period ended with the score 1-0 Yale, while Harvard led shots on goal 12-10.

Joe Miller evened the score forty four seconds into the second period. His goal was unassisted. Karpa came on for the last ten seconds of the penalty kill.He was screening Yale goalie Luke Pearson before Mason Lagenbrunner (son of two time Stanley Cup Champion Jamie Langenbrunner) scored his first collegiate goal, skating across the blueline and firing a shot through traffic at 2:03. Sean Farrell and Casey Servero were credited with the assists.

Briggs Gammill took another hooking penalty for the home team at 3:32. Ian Carpenter would tie the game for the Bulldogs, scoring off a 2 on 1 rush shortly after the penalty expired with assists to Teddy Wooding and Reilly Connors. Zakary Karpa was again sent out for the ensuing faceoff following the Yale goal. WIth 13:40 on the scoreboard, he was pinned along the boards in the defensive end, before passing the puck back to a teammate to break out of the zone.

Harvard and Yale were given offsetting penalties at 8:23 when Sean Farrell was called for slashing, while Ryan Conroy was given a minor for cross checking. Karpa was on the ice during the 4 on 4 play. He stole the puck, and his pass led to a rush for the visiting team, but the shot attempt was stopped by goale Luke Pearson. Later in the period, with 1:44 left, Karpa took a faceoff, winning back the draw to gain possession for the Crimson. He chipped the puck off the glass in the defensive zone before coming off for a change with fifty four seconds remaining. The second period ended with the score tied at 2. Through two periods, Harvard outshot Yale 24-16.

A high sticking call went against Harvard 1:29 into the third period. Yale couldn’t get anything going on the powerplay though, as Harvard cleared the puck down the length of the ice multiple times while on the penalty kill. Zakary Karpa came out on the second penalty kill unit for Harvard, and nearly intercepted Yale goalie Luke Pearson. Yale had no shots on goal with the man advantage. Both teams would fail to convert on the powerplay, Harvard going 0/4 while Yale was 0/3.

In the seventh minute, Rangers prospect Zakary Karpa’s wrap-around attempt was blocked. He won a defensive zone faceoff with 8:04 remaining. With the score tied at 2 late in the game, Harvard leaned heavily on its top two lines for a long stretch. Karpa did not get any ice time until coming on for a defensive zone faceoff with 26.7 seconds remaining in regulation. The sophomore won the draw back for Harvard, and gained the puck behind the net in the offensive zone, but Yale defended well to extend the game into overtime. Shots on goal at the end of the third period were 29-23 in favor of the visitors.

Calgary Flames 2021 first round pick, Matthew Coronato would start the overtime period for the Crimson alongside fellow Hobey Baker nominee Sean Farrell, and defenseman Henry Thurn. Coronato cut in at the left circle and beat Pearson low for the game-winning score with 19.4 remaining in overtime to lift the #9 ranked Harvard team over rival Yale.

New York Rangers prospect Zakary Karpa finished the game with a stat line of zero goals, zero assists, but was a +1 with one shot on goal, and won two of three faceoffs. He has three goals and three assists for six points in thirteen games played, having won 105 of 190 faceoffs for a 55.26 percentage for the season. 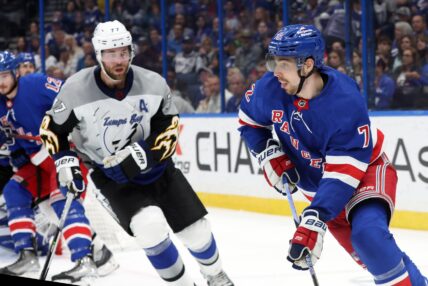