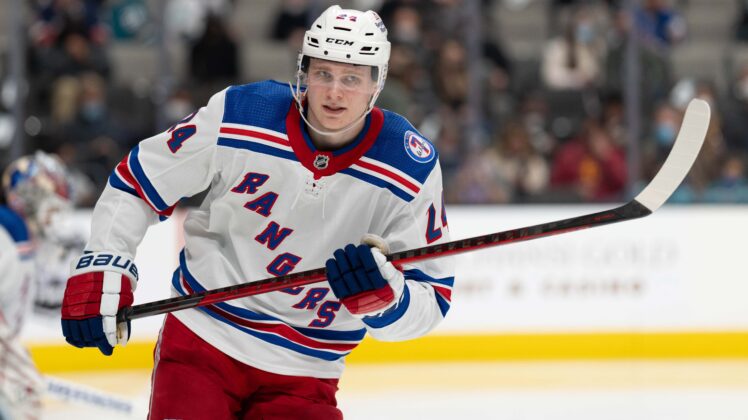 Kaapo Kakko is skating on his own and the New York Rangers are hoping to get him back soon. It’s important they do so in order to see how he fits in the lineup heading into the playoffs.

Next season, the Rangers will have only around $12.5 million to fill out their roster. All that cap space they enjoyed at the NHL trade deadline evaporates once Mika Zibanejad’s $8.5 million and Adam Fox’s $9.5 million contracts kick in.

That really is not a lot to work with, which makes you wonder who will get moved out after this season. The Rangers are not bringing back Alexandar Georgiev, so they will need to spend at least $1 to 1.5 million on a capable backup. If they can get someone to take Patrik Nemeth’s full $2.5 million for the next two seasons, that will help.

Outside of Nemeth, there isn’t a player under contract that the Rangers could trade without sending shockwaves through the team.

And they still have to decide if they are going to sign Ryan Strome or Andrew Copp. It will be almost impossible to keep both and fill out a competitive roster.

Man this is going to be tight for Chris Drury.

One player the Rangers are unlikely to trade but need to sign is 2019 second overall pick Kaapo Kakko.

If there’s a silver lining for the Rangers regarding Kakko’s injuries this season, it’s the potential impact it could have on his next contract. And don’t blame me for pointing out that NHL salary cap and current system regarding restricted free agents almost forces you to root against your own players from doing well.

Maybe, if the NHL was creative and came up with a system that doesn’t penalize you for good drafting the conversation would be different.

Seriously, a rule that allows you to sign your own drafted players and have the AAV count only 3/4 against the cap makes too much sense to me. Should that player be traded, the acquiring team must accept the full cap hit. It’s a no-brainer.

Example, the Rangers could sign Kakko to a 3 year-deal worth $5M AAV, but only have $3.75M go against their cap. Kakko’s happy, the Rangers are happy, and if a team wants to trade for him they know it will cost them $5M on the cap.

However, that’s not the reality of the situation and makes the threat of an offer sheet a real concern this summer.

Kakko, 21, has only been able to play in 37 games this season due to injuries. He has just 5 goals and 14 points for a .37 points per game average, which is only slightly better than last season’s .34.

For his career, the young Finn has 24 goals and 54 points in 151 games. So let’s forget him getting a Jack Hughes contract (8 years x $8 million). The first overall pick in the 2019 draft is just at another level with 108 points in 166 games. Plus, he suffered a separated shoulder and still managed a 1.14 points per game average this season.

Before you you go all up in arms that Hughes plays top line minutes and PP1, Kakko has been on the top two lines all season and didn’t produced as expected. Plus, Frank Vatrano has already outscored Kakko in goals with 6 in just 12 games. That will all play in negotiations.

That being said, Kakko’s potential is huge and much too hard to ignore. However, the absolute silence regarding any contract talks between the two sides are very concerning.

So, would Kakko accept a three-year deal in the neighborhood of $3 to $3.5 million? That’s likely the number the Rangers are most comfortable at, but they would need to get that done soon.

There’s a real possibility that Kakko’s camp is waiting on a Jesperi Kotkaniemi scenario? The Carolina Hurricanes came in with a one-year offer sheet at $6.1 million that the Montreal Canadiens could not afford to match with their cap issues.

The Hurricanes subsequently extended Kotkaniemi at the NHL trade deadline for 8 years and a lower AAV at $4.82M. To simplify, they paid a little more to get him and then signed him for less later.

That could absolutely happen with Kakko if the Rangers let it get that far. Before you dismiss that possibility thinking Kotkaniemi is a better player, his points per game average last season was just .35.

In the end, offer sheets are rare but the Hurricanes may have opened up a new way for GM’s to play the game. 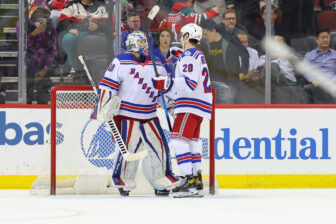