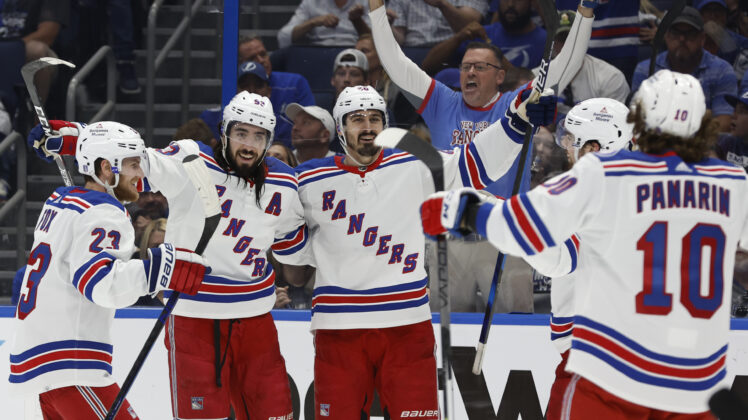 The New York Rangers are in the driver’s seat up 2-1 against the Lightning, but they will need to improve in some areas if they want to win Game 4.

Tampa Bay put it all on the line Game 3 by firing 52 shots on Igor Shesterkin. In the end, the Rangers were still in it despite a 22 shot disparity. It even took an incredible backhand pass by Kucherov to Ondrej Palat with 41.6 seconds left in the contest to squeak out a 3-2 win.

Let’s breakdown 3 keys the Rangers need to focus and improve on to get a split in Tampa.

Cut down on shots against

The Rangers have to cut down the shots on goal against Igor Shesterkin. In Sunday’s loss, Tampa Bay had 52 shots on the net. Rangers broadcaster Steve Valiquette tweeted a scoring chance report that showed 6 chances qualifying as high-danger. The Lightning scored a goal on half those chances.

With players like Steven Stamkos, Nikita Kucherov, and Ross Colton shooting at Igor Shesterkin with velocity and accuracy, the Rangers have to get into the shooting lanes. They also need to stay out of the penalty box in order to limit those shots.

Former Rangers head coach and 1980 Team USA Gold medal winner Herb Brooks used to call the area two feet above and below the blue line the “gray area”. The Rangers in Game 3 had a bad habit of breaking out of their own end before the puck was out of their own end. It takes just one bad breakout of their own zone results to result in a turnover giving the Lightning sustained o-zone pressure and scoring opportunities.

The first pass out of their own end is crucial in establishing puck possession and offensive opportunities. When the Rangers aren’t successful, along with the forwards already heading towards the Lightning blue line, the defense is forced to scramble back and defend. All five players on the ice have to make sure they take care of their defensive assignments before bolting the zone.

Turn up the heat on Tampa’s defense

An interesting stat over the first three games are in the giveaway area. In Games 1 and 2, the Lightning had 28 and 22 giveaways respectively. Things changed in Game 3 in Tampa, where the they only had 6 giveaways. Where did the forecheck go?

More pressure deep in the Lightning end and in the neutral zone is necessary to keep the puck out of the Ranger’s end. Cycling of the puck, grinding in the corners, and hard back checking all need to improve in Game 4 to force the Bolts to cough up the puck.

An opportunity to go up 3-1 on the two-time Stanley Cup Champions is on the line Tuesday night. The Rangers need to use every weapon and take every advantage they can to make the Lightning face elimination for Game 5 on Thursday at Madison Square Garden.

Awaiting the winner of this series are the Western Conference Champions. The Colorado Avalanche swept the Oilers on Monday and are hoping this series goes the distance. It would be wise for the Rangers to not oblige Colorado’s desires. 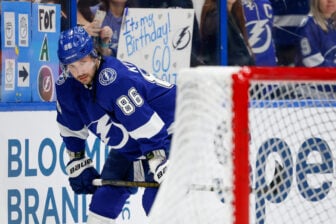