The New York Rangers have positioned themselves well for a playoff spot with a 25-10-4 record for 54 points after 39 games. As they near the midway point of the season, they sit atop the Metro Division two points up on the Carolina Hurricanes.

What is amazing about their record is that they did the majority of this damage on the road. On Saturday, they completed their longest road trip of the 2021-22 campaign (5 games) by beating the Philadelphia Flyers 3-2. It was the Blueshirts’ league leading 24th road game and 15th road win.

Starting on Wednesday when they host the Toronto Maple Leafs, the team will play 26 of their final 43 game at Madison Square Garden. And while the team’s .667 points percentage away from home is excellent they’ve amassed an impressive .733 points percentage on Garden ice.

This season, the Rangers are 10-3-2 at home. Gerard Gallant deserves a lot of credit for that as he’s been masterful on the bench with his matchups. For new fans, the advantage of home ice for a coach is the right to make the last change.

A fine example of that was a 4-0 win over the Tampa Bay Lightning on January 2. In that contest, Gallant minimized the exposure of his rookie defense pairing featuring Zac Jones and Nils Lundkvist to the likes of Steven Stamkos and Brayden Point.

Another thing going for the Rangers is how dominant Igor Shesterkin has been at home this season. As the 26 year-old vies for the Vezina Trophy as the NHL’s best goalie, his record at MSG is 7-1-1 with a .948 SV% and a 1.73 GAA.

That’s not all the Blueshirts can lean on at the World’s Most Famous Arena. When scoring first they are undefeated (7-0-0). The team is also 10-0-2 when leading or tied heading into the third period.

Per MoneyPuck the Rangers have a 95.5% to make the postseason, but that should go up with the team’s home heavy schedule. 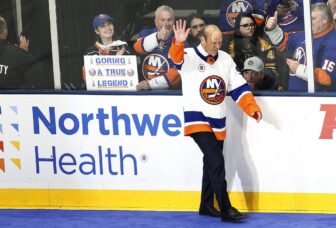 Rangers face some tough competition ahead

The New York Rangers had a well deserved day off on Sunday. Today, they will get back to work as they must prepare for some fierce competition.

New York will play seven more games to close out this month, five of which are at MSG. However, sprinkled in that mix are games against the Maple Leafs, Hurricanes, Minnesota Wild, and L.A. Kings. All are playoff teams and three are considered Cup contenders.

The Rangers and Maple Leafs split their first two contests against each other, but Toronto carried the play in both games. New York will be facing the Carolina Hurricanes for the first time. The game is on the road on January 21 in what will be viewed by everyone as a measuring stick matchup.

A lot will be made on how the team fares against these opponents, but the Blueshirts need to also suffer no lapses. They will face the Coyotes and Kraken at home, and a tough division foe in the Blue Jackets on the road.

Those are all must wins if the Rangers want to stay in the conversation as contenders this season. 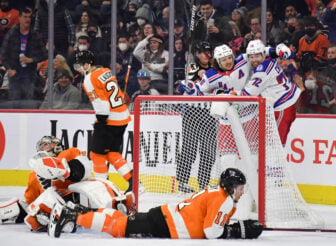 Check out this massive update with a focus on John Klingberg, Jakob Chychrun, and Evander Kane. Plus latest on the Rangers, Oilers and more.