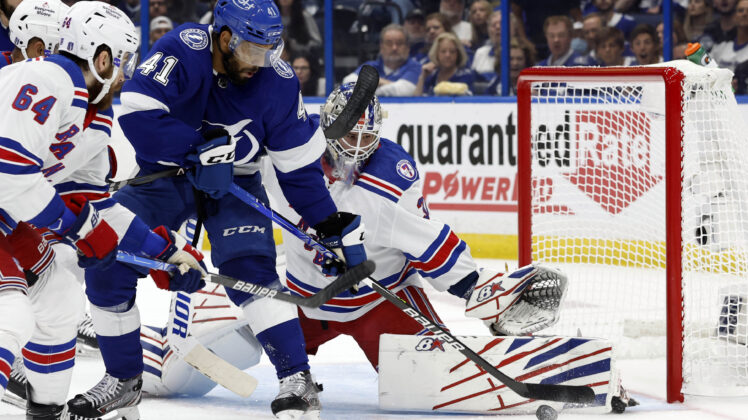 New York Rangers coach Gerard Gallant was not pleased with the Tampa Bay Lightning’s mission to bump and hit Igor Shesterkin in Game 3 on Sunday.

“It doesn’t faze him”, Gallant said via the team’s YouTube channel. “It fazes me more than him. I don’t like it. Hopefully, when we talk to the supervisor tomorrow, they’ll take care of some of that because it wasn’t right.”

In truth, Shesterkin stopped 48 of 51 shots and really didn’t seem to care.

However, there were at least three serious contact plays that Gallant could point to when he speaks with Kay Whitmore, who is the NHL’s Senior Director Of Hockey Operations.

Lightning made it a point to bump Igor Shesterkin

Right after that Riley Nash rushed into the zone and knocked Shesterkin back. He was called for interference with Chris Kreider capitalizing.

Then there was an incident where a Tampa player came in hard with his skates up which could’ve led to serious injury.

Tampa wanted to crowd the net and make it hard on Shesterkin, who has been spectacular in this series.

We’ll see how the refs call it going in Game 4. 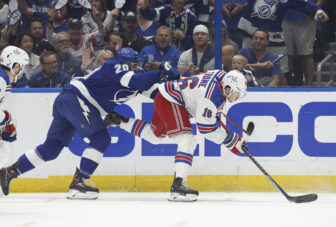 Evander Kane will be suspended for his illegal boarding hit on Nazem Kadri that knocked him out of the series. Read more.