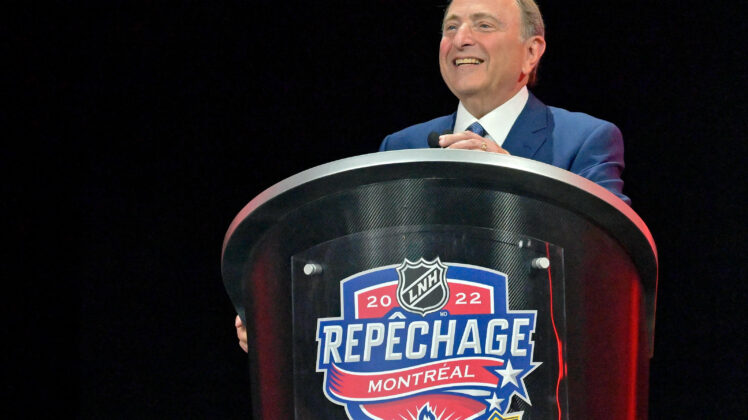 The New York Rangers will finally be making their first selection at the 2022 NHL Draft starting in the second round, 63rd overall.

Heading into this year’s draft the Rangers were without a first-round selection after dealing for Andrew Copp at the trade deadline. Other transactions left them with only four picks until they traded Alexandar Georgiev to the Colorado Avalanche for three picks, which included a third-round selection in the 2023 Draft.

Let’s begin with a look at their current picks:

The New York Rangers have a lack of prospects at the center position which would lead you to believe that they will try to take one as soon as possible. However, Chris Drury appears to be more inclined to go with the best player available.

The Rangers may also try to make a move up in the second round if possible. They could package their current second along with the newly acquired third in order to draft someone they have high on their list.

It’s unlikely, but the Rangers could attach their second round pick with Patrik Nemeth in a trade to shed his $2.5M cap hit for the next two seasons.

Could the Rangers make an even bigger move by trading for J.T. Miller? It’s unlikely since the Canucks want a first-round pick and that shipped sailed for a draft day trade on Thursday. The Blueshirts can include their 2023 first-round pick in a trade for a center but there’s no rush on that today.

The Draft starts at 11 AM ET and will be broadcast on ESPN+ and NHL Network.