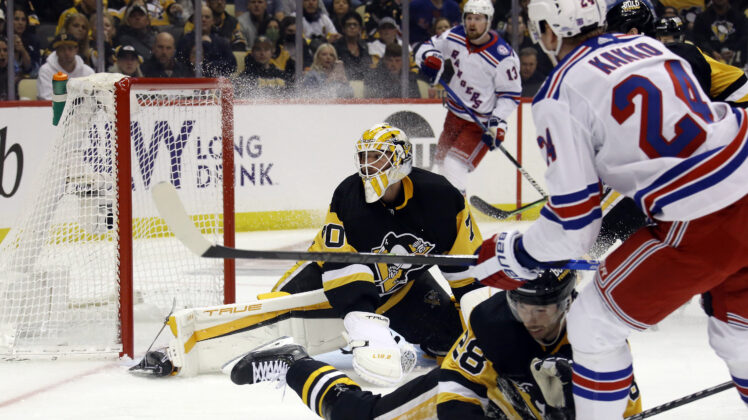 The New York Rangers basically have their core in place for another run at a Stanley Cup next season. Everything that President and GM Chris Drury will do this summer is to compliment Igor Shesterkin, Adam Fox, Artemi Panarin, Mika Zibanejad, Chris Kreider, and Jacob Trouba.

At the same time, Rangers management must also see to keeping the future of this franchise. Starting with Kaapo Kakko this offseason and followed by Alexis Lafrenière, K’Andre Miller, and Filip Chytil next summer.

According to CapFriendly, Drury currently has around $13.5M in space to play with. The Rangers have 8F, 5D, 1G under contract. Of course, they could move a player like Zac Jones up to the big club if they so choose and change those numbers.

It is widely expected that the Rangers will either look to trade or buyout Patrik Nemeth, who has two years remaining at $2.5M AAV.

Let’s take a look at the Rangers restricted free agents heading into the NHL Draft (7/7) and Free Agent Frenzy (7/13) and make some predictions.

Kaapo Kakko: Of all the free agents the Rangers have both restricted and unrestricted, the 21 year-old former #2 pick overall of the 2019 Draft is the most important. This was another difficult season for Kakko as he was on the injured list three times. He finished the season with just 18 points in 43 games and 5 more points in 19 playoff contests before being scratched for the Rangers elimination in Game 6 against the Lightning.

Although there is a threat of an offer-sheet like what the Hurricanes did to the Canadiens for Jesperi Kotkaniemi, it comes with great risk. Kotkaniemi didn’t exactly light it up after signing and then extending for 8 years. I think the Rangers get Kakko to sign at 2 years and $2M AAV. Remember, Kakko is not salary arbitration eligible so Drury has all the leverage.

Alexandar Georgiev: It’s been noted here and other outlets that the Rangers will not be extending Georgiev a qualifying offer. His current cap hit is $2.425 million and Chris Drury is looking for a much cheaper option to back up Igor Shesterkin. The 26 year-old had a decent season with a 15-10-2 record, .898 SV%. and 2.92 GAA.

The Rangers will try and trade his rights at the NHL Draft for a mid-round pick. If not, he will become a UFA. There are several teams interested in a goalie this summer like the Edmonton Oilers, which boosts the chances for a trade.

Sammy Blais: The 25 year-old only played in 14 games this season and registered 4 assists. Coming back from ACL surgery is also going to factor into negotiations. He is an RFA that can file for salary arbitration.

Blais was brought in to be a physical presence on the third or fourth line with a scoring touch. We saw flashes of that before his injury in November. A 1-year deal for the same $1.5M he made last season makes sense for both sides.

Julien Gauthier: The big and fast winger scored 7 points in 49 games last season for the Rangers. Despite appearing all the tools to be successful in the NHL, he has yet to put it all together. The 24 year-old has arbitration rights and made $775K last year.

I believe Gauthier’s time here has run its course. Look for the Rangers to either trade his rights at the Draft or even do a sign a trade. One GM that may be willing to toss a late draft pick Drury’s way is Ron Francis in Seattle. He was the GM that selected Gauthier in the first round of the 2016 Draft with the Hurricanes. 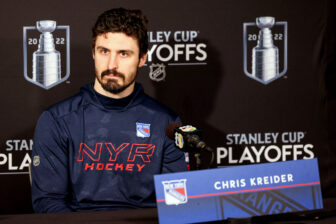