New York Rangers versus Predators by the numbers; Shesterkin to start and Barron debuts

The New York Rangers will face the Nashville Predators for the first time this season. Igor Shesterkin will start again and Morgan Barron will make his debut for the Blueshirts.

The Blueshirts have won two out of the last three meetings against Nashville with both of the win on the Road. This is also the third game of a four game road trip that concludes in Ottawa on Saturday.

Rangers who prey on the Predators:

Artemi Panarin – 15 GP, 4G-10A—14P – Panarin has points in four-straight games (3G-5A) against Nashville and in seven of his last eight (4G-7A) against them. On March 30, 2019, Panarin registered four assists against the Predators. Artemi also has three points (1G, 2A) in his last three games.

Jacob Trouba – 23 GP, 1G-9A—10P – Trouba has two points in his last four games against the Predators and is looking for his first points against them as a member of the Rangers.

Adam Fox has three points in his first four games of the season while averaging 25:55 of ice time. Going back to last season, his 50 points ranks second to only Tampa’s Victor Hedman, who has 51. 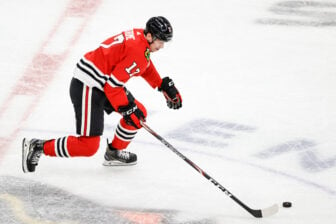 Kreider, 30, currently sits at 349 career points on the strength of 180 goals and 169 assists. With his next point he will be as follows: 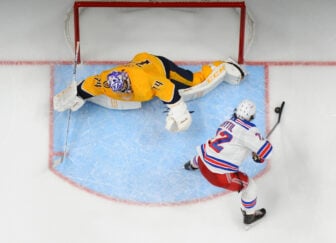