The New York Rangers remain within striking distance of first-place Pittsburgh in the Metropolitan Division, and Thursday night they’ll look to keep the pressure on with a victory over visiting Detroit.

The Rangers have won three in a row, though they enjoyed a two-week layoff between their past two games. On Tuesday, in their first outing since the All-Star break, they defeated Boston 2-1 in a shootout.

Goalie Igor Shesterkin stopped seven of nine shots during Tuesday’s elongated shootout, though he almost missed the chance. Shesterkin was removed briefly during overtime due to concussion protocol after he hit his head on the ice.

“I don’t really understand the whole point of that protocol,” he said. “There’s 40 seconds left in the overtime. Just let me finish the play and then you can do whatever protocol you feel is necessary.”

His teammates were glad to get him back for the shootout.

“The life of our team, he’s been lights out every game. I really haven’t seen anything like it,” defenseman K’Andre Miller said. “He’s dialed every game, every day he comes into the rink prepared for practices and really puts himself in the best positions to give our team success. It makes it pretty easy for us.”

Miller delivered the clinching goal, although he said he was surprised to be called upon by coach Gerard Gallant for the shootout.

“He’s confident,” Gallant said. “From Game 10 on, he’s been really confident. Like any other young defensemen, they play really well, make some real good plays, and then they make some bad plays, a couple defensive-zone plays. That’s every player in the NHL. But he’s confident, he feels good about his game and scoring the shootout winner is pretty good for him.”

Boston was Chytil’s first game back after dealing with a nagging lower-body injury. He previously played on January 22 against the Arizona Coyotes missing five games with the issue.

“The rest was needed,” Chytil admitted “There was something I was battling through. I worked hard during the break to get back to top shape and I felt good [Tuesday].”

Braden Schneider had another outstanding game, registering an assist on Chytil’s goal in 17:53 of ice time. His partner, Zac Jones faired well also in his 16:15 of action. They were each a +1 on the night.

“We know what Jonesy is,” Gallant said. “He moves the puck– he skates. He’s not a big guy but he defends pretty hard.”

As far as the pairing, Gallant was extremely pleased. 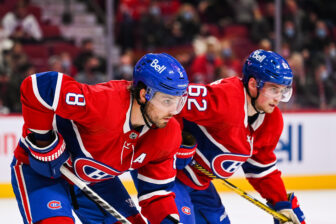 Red Wings up and coming team

The Red Wings posted a pair of victories over Philadelphia following the All-Star break, then lost at Minnesota 7-4 on Monday.

That game started a difficult stretch for the Wings through March 5, as they face seven of the top eight teams in the league standings.

“We’re going to play a whole group of teams here that are some of the upper-echelon teams in the league,” Blashill said, “and if you want to win you have to be close to your ‘A’ games, as close as possible.”

The Red Wings scored twice in the third to cut Minnesota’s lead to 5-4 before an empty-netter ended all suspense in the final minute, and the Wild tacked on another with 15 seconds remaining.

“The level of intensity will ramp up in these last 30 games,” Blashill said. “Goals get harder to come by. We have to make sure we ramp our game up as well.”

This is the first of three meetings between the Red Wings and Rangers. 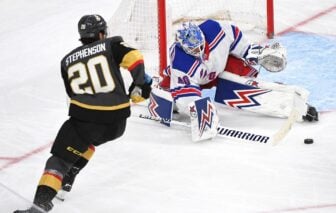