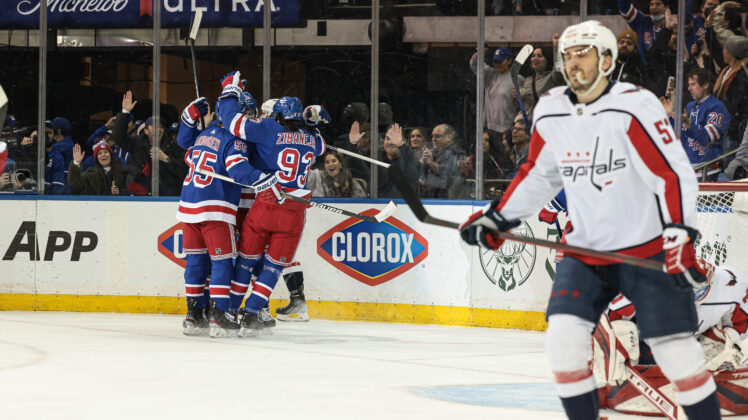 It all comes down to the last day of the regular season to determine who plays who in both conferences. However, the New York Rangers can simplify matters for themselves by beating the Washington Capitals at Madison Square Garden on Friday night.

If the Rangers beat the Capitals (100 points) in any fashion they will be playing the Pittsburgh Penguins (101 points) in round one of the NHL Playoffs next week.

The Penguins are at home to take on the Columbus Blue Jackets. All they need is a point in that game to secure third place in the Metro and a date with the Rangers. Pittsburgh holds the tiebreaker with Washington.

If the Penguins lose in regulation and the Capitals win in any fashion tonight, the Rangers and Caps will meet to open the playoffs.

The Blueshirts may opt to play it cautious and continue to sit key players in preparation for the postseason. Gerard Gallant dressed a skelton crew against the Canadiens and ended up with a 4-2 loss.

“They should be fine,” Gallant said of Panarin and Copp. “We’re being cautious. If it were the playoffs they’d be in.”

Despite losing for the third straight time on Wednesday, the Rangers were just pleased to get out of the game healthy.

“Nobody got hurt, that was a key thing tonight and we played pretty well overall,” Gallant sighed with relief. “We got through the game (with no injuries).”

While the lineup for the Rangers is in question, they still would like to finish with a win. This season, the Blueshirts have avoided losing four straight and would like to keep it that way. They also haven’t won since April 21 when they doubled up the New York Islanders 6-3.

“We always want to win,” Alexis Lafreniere said heading into the team’s final game against the Capitals. “Washington is a good team too, so they’re going to come here to win. It’s our last game before the playoffs so we’ll try to end the season on a good note.”

Tonight, the New York Rangers will hold Fan Appreciation Night which will end with the players giving their jerseys to some lucky fans at the end of the game. They will also award the Team MVP and Players’ Player Award.

Chris Kreider is a leading candidate to get the Players’ Player honor after winning both the Steven McDonald Extra Effort Award and the inaugural Rod Gilbert Mr. Ranger Award.

Kreider, 30, is tied for second all-time in franchise history with Adam Graves at 52 goals. If he plays tonight, he would need a hat-trick to break Jaromir Jagr’s record of 54 set in the 2005-06 season.

The Capitals have been playing much better hockey of late. Before losing these last two games to the Islanders they were 7-1-2.

That may have a lot to do with Alex Ovechkin going down with an apparent shoulder injury after a scary crash into the boards against the Toronto Maple Leafs last Sunday.

He missed both games against the Isles and is listed as day-to-day, but there’s some growing concern about his playoff availability for next week.

The Rangers and Capitals will also be closing out the season series with each team trading lopsided wins in their first two meetings. Washington opened the season with 5-1 win on home ice on October 13, and the Blueshirts picked up a 4-1 win back on February 24. 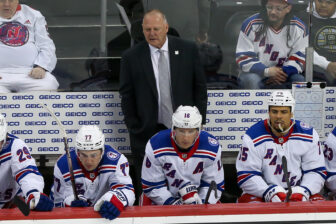