The Montreal Canadiens have opted not to match the Carolina Hurricanes offer sheet of Jesperi Kotkaniemi.

“The Canadiens will not match the Hurricanes’ offer sheet to Jesperi Kotkaniemi,” the team said in a statement. “Montreal will receive Carolina’s 1st- and 3rd-round 2022 Draft picks as compensation.”

Montreal obviously felt that he was not worth the $6.1 million that the Hurricanes offered, which would have caused cap issues. The idea to go after Yotes center, Christian Dvorak was discussed soon after the offer sheet was signed.

Dvorak is a 25 year-old center and has a current cap hit of $4.45 million for the next 4 seasons. He scored 31 points in 56 games for the Yotes during the 2020-21 campaign and is a cheaper option than Kotkaniemi.

“Jesperi Kotkaniemi is a player who has been on our radar since before his draft year,” said GM Don Waddell in a press release. “We believe he will flourish in Rod Brind’Amour’s system and culture, and he will be an important piece of what we are building in Carolina for years to come.” 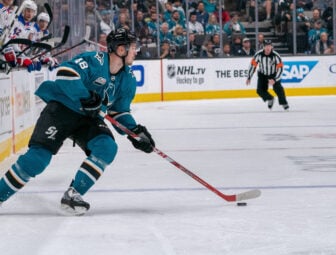 Late yesterday, TSN’s Shawn Simpson reported that Brady Tkachuk’s camp has been frustrated with the Senators. Thus far they have not received a “legitimate offer” from Ottawa.

This seems to contradict what GM Pierre Dorian said after signing RFA Drake Batherson on Friday.

“This is Drake Batherson’s day and I think we should give Drake his due credit,” Dorion said. “All I’m going to say about Brady is that we’re not going to negotiate in public. We’ve had productive, positive discussions with Brady’s camp.”

It is still widely believed that a new contract will be in place before the season starts. However; these contradiction reports do raise some questions.

On Thursday, the NHL released its new COVID protocols for the 2021-22 season which allows for the suspension of unvaccinated players with some exceptions.

San Jose Sharks associate coach Rocky Thompson, who is unable to receive the COVID-19 vaccine due to an undisclosed medical reason, stepped down Friday.

“Under the new League protocols, I am not permitted to fulfill my duties on the Sharks coaching staff at this time,” Thompson said in a statement. “I will have no further comment on this matter.”

Under league rules, any person who goes within 12 feet of NHL players must be vaccinated for COVID-19.

Thompson was preparing for his second season on San Jose’s coaching staff. The Sharks plan to name his replacement in the near future. 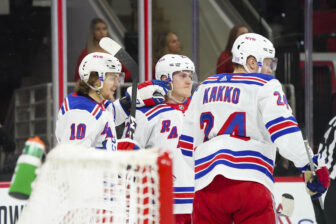 Also Read:
New York Rangers could be one of the NHL’s best surprises