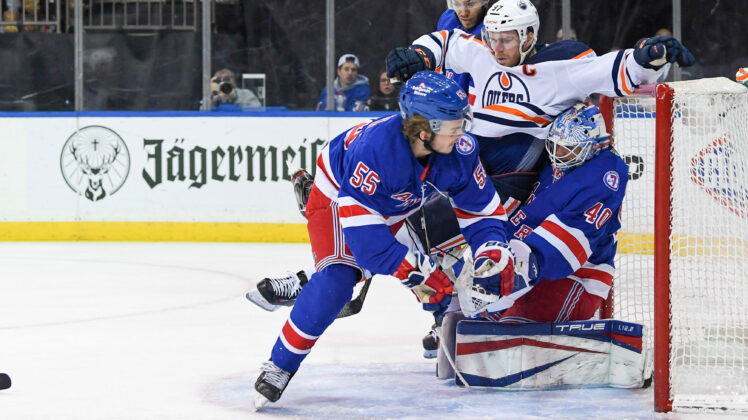 New York Rangers goalie Alexandar Georgiev finished a great performance in a 4-1 win over the Oilers on Monday with a giant smile on his face. During his 33 save effort, he made a sparkling glove stop on Connor McDavid that brought the Garden crowd to its feet.

Chants of “Georgi, Georgi” rained down on the netminder immediately after he flashed the leather. However, it wasn’t just the eyes of Ranger fans he caught.

The Edmonton Oilers lost for the fifth straight time on Wednesday. Toronto picked up a 4-2 win and the Oilers players were visibly frustrated on the bench during the game.

Mike Smith started the game in net and was victimized by two fluky goals, including one that he kicked in himself. Goaltending has been an issue for the Oilers for years and it is something they need to address.

Nick Kypreos discussed the Oilers search for a goaltender on his Sportsnet podcast and dropped this nugget.

“Georgiev is out there. They are talking about him and there’s no way the Rangers are keeping him,” Kypreos said. “He comes in at $2.5M the rest of the year. He wants to be a number one goaltender and he’s not happy in New York.”

“I don’t think it would take much more than a third rounder (to get him),” Kypreos added.

While I agree with Kypreos that the Rangers will not be keeping Georgiev for next season due to cap constraints, I don’t believe Chris Drury would trade him right now. Nor do I believe he’d do so for just a third round pick.

The question to be answered is if the Rangers would be comfortable with an Igor Shesterkin and Keith Kinkaid tandem for the stretch run and playoffs. Should the answer be yes, I think no less than a second round selection gets it done.

Remember, Georgiev is an RFA this summer and that means they still own his rights. That makes a draft day trade more likely than one in March. 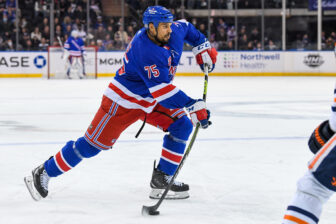 Georgiev has been stellar

Georgiev’s play since stepping into the third period of 1-0 lead over the San Jose Sharks to replace an injured Igor Shesterkin on December 3rd has been stellar.