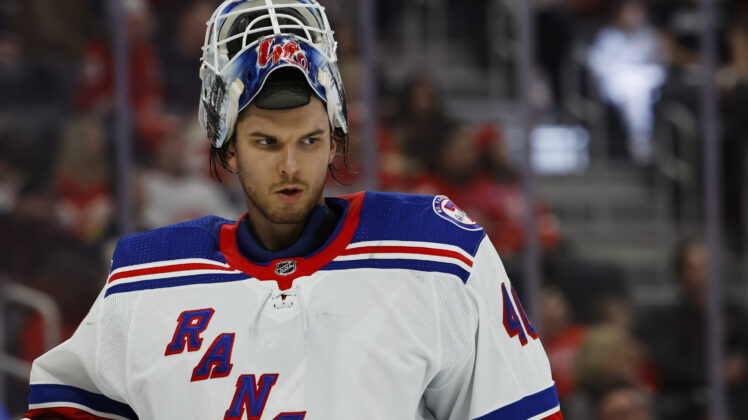 Michigan native Andrew Copp scored the game-winning goal 1:34 into overtime to lead the New York Rangers to a 5-4 road win over the Detroit Red Wings on Wednesday night.

The team’s top trade deadline pickup took a pass from Artemi Panarin in front of the Detroit goal and buried the chance for the Rangers, who have won four straight.

With the team needing a bit of a spark, Gallant moved Artemi Panarin to the first line with Mika Zibanejad and Frank Vatrano. Panarin scored the third goal of the game and finished the night with three points that included two assists.

“[Detroit] was matching lines, I wanted to make them think a little bit so I switched it up,” Gallant explained of the line shuffling.

When pressed if he would make that his new go-to line, he joked maybe before concluding with a firm no.

The Rangers were playing a back-to-back after an emotional tough game against the Pittsburgh Penguins. Gallant admitted he expected a bit of a letdown but was still happy with finding a way to win.

“It wasn’t great being behind the bench trying to find a way to push your guys,” he said. “It was a different type of game (than Pittsburgh on Tuesday), but the bottom line is that we got two big points and we move on.”

Chris Kreider scored his 46th goal of the year on the power play tying him with Jaromir Jagr for the Rangers single-season mark set in 2005-06 at 24. That got the game to OT where Copp capped it off.

“We found a way to stay close all night and we got the result in the end,” he concluded.

Panarin, who leads the Rangers in scoring with 80 points in 63 games this season knows they need to improve.

“We’ve had a lot of games like this, and we’ve turned a lot of them back to our side,” Panarin said via NHL.com. “But we can’t always do that, so we have to be better than this.”

The game against Detroit was a lot closer than it needed to be as Alexandar Georgiev has struggled in his last two starts.

Georgiev only made 22 saves on 26 shots in this contest and has allowed 8 goals on 43 shots in his last two starts. Both games were 5-4 overtime wins (Buffalo and Detroit).

It’s incredible that these numbers are coming off an all-world performance against the Carolina Hurricanes, where he stopped all 44 shots he faced and stole a win.

When the coach was asked if he had given any thought to pulling Georgiev last night, Gallant quickly replied no.

This has been Gallant’s approach all season. Even if he did think about it, he wouldn’t make that public as he likes to build his players up.

“Not the best start for sure,” Georgiev said afterwards. “You just have to get through it and keep going. The guys were really good today, they bailed me out.”

The Rangers do not have another back-to-back until April 12 and 13 (Carolina/Philadelphia), so I would expect a heavy dose of Igor Shesterkin for the next five games before that set. 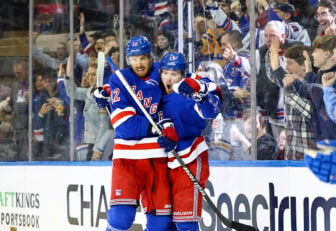