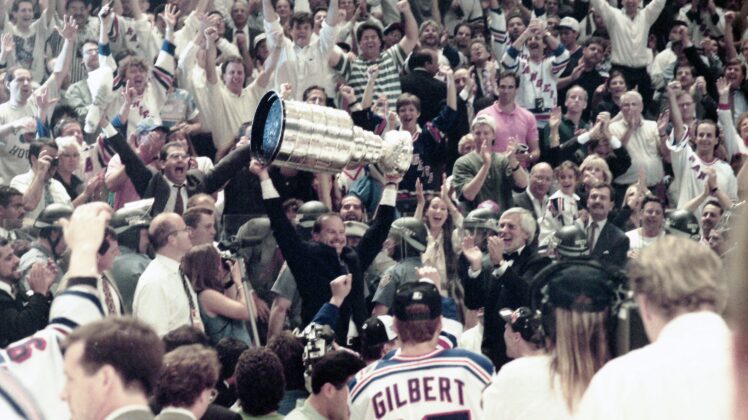 The New York Rangers rise and fall in 1994 was one of the most well chronicled stories in the team’s history. As Messier and company were trying to end a 54 year championship drought, head coach Mike Keenan was orchestrating his exit.

Soon after his trip down the Canyon of Heroes, Keenan cited a breach of contract and left the Rangers to become coach and GM of the St. Louis Blues. “Iron Mike” as he was known didn’t last long as the Blues fired him during his third season.

“That is, and probably was, the biggest disappointment in my career,” Keenan said on an a recent appearance of the ‘Up In The Blue Seats’ podcast. “Because I felt that we had assembled a group that grew together, that really cared for each other, had the leadership, had all the talent-base that we needed to succeed again.”

The 72 year-old coach seems to have calmed down over the years and has taken part in numerous events honoring the 1994 team. Yet, there’s still some level of resentment from many ex-players and the former general manager, Neil Smith.

“Mike had decided he could cash in on the great series he had with the Rangers,” Smith said in an interview. “He wanted to be a manager and a coach, and maybe he thought he could get my job.” Smith also revealed that Keenan started negotiations with the Red Wings, but they backed out. “Right afterwards he already agreed to a deal with the Blues before the Rangers even finished winning the Cup in 1994.”

Keenan did not dive further into how it all fell apart with the Rangers, opting to focus on his disappointment.

“I’m not getting into all the details of how it transpired,” Keenan said. “It’s still a disappointment because I enjoyed that group, it took a lot of work to get to where we were and what we did, and then it was just heartbreaking to tell you the truth that I ended up leaving.”

The Rangers have a very well documented cap crunch coming. Coupled with several high draft picks that will see their ELC’s expire this summer and next, it can cause speculation to run wild.

The Athletic’s Arthur Staple continued his end-of-year mailbag and was asked about the Rangers future cap situation. In particular, if the team re-signs Kaapo Kakko and opts to keep Ryan Strome this summer what that means for the kids in 2023.

You probably have to focus on the young players who would draw the most interest in a trade and are in line for decent pay upgrades on their next contracts in 2023: Chytil, Lafrenière and Miller. If the Rangers can get away with moving only one of them to keep their core intact, that would be a huge win.

Staple goes on to breakdown if they keep only one it would Alexis Lafreniére. His reason being that K’Andre Miller has legit replacements behind him in Zac Jones, Matthew Robertson, and possibly Braden Schneider if he switches sides.

The likelihood the Rangers would trade Miller, whom they drafted in the 2018 Draft in the first round 22nd overall, seems improbable. When his ELC expires in the summer of 2023, they could offer him a bridge deal for one year. That will allow them enough breathing room as both Chris Kreider and Jacob Trouba’s full no-move clauses become modified.