The New York Rangers announced today that defenseman Adam Fox will be placed on IR. That requires a minimum stay of 7 days.

In addition, forward Tim Gettinger and defenseman Nils Lundkvist have been moved from the taxi squad to the active roster. Morgan Barron is the odd man out being demoted to the taxi squad.

Fox, 23, is having a monster serious for the Blueshirts and recorded another assist against Columbus before the injury. This season, he has 47 points in 44 contests which leads all NHL blue-liners in scoring.

Early in the third period of NY’s 5-3 loss to Columbus, Fox was pinned up against the boards in what appeared to be an innocent play. However, as soon as he was released he gingerly skated to the bench in discomfort. He went to the locker-room and did not return.

“Obviously you’re concerned about the guy when he doesn’t come back in the third,” Gallant said about Fox. “I’m sure it’s a minor injury. It’s not like he left with a serious one.”

The definition of serious will likely be debated among some fans, but this is not a long-term stint on IR, so that is a plus.

Nils Lundkvist could get a chance

Since Adam Fox will not play tonight, could we see Nils Lundkvist return to the lineup? The young Swede would probably love the chance to play on Henrik Lundqvist night that’s for sure.

Braden Schneider, who collected two assists last night will likely move up to play with Ryan Lindgren. Zac Jones is also on the active roster could slide in but that would require a move to the right side for either Jones or Libor Hajek.

That’s why Lundkvist, a natural RD may be the obvious choice. 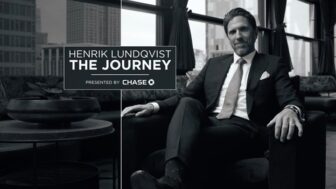