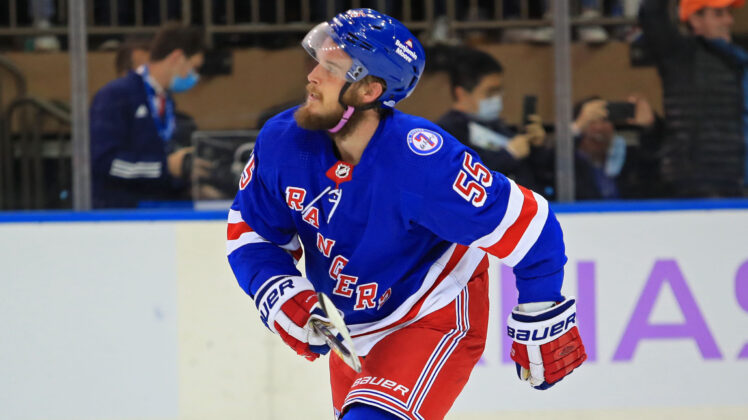 As teams make their way back today from the holiday break, many names are being added to the NHL’s COVID protocol list.

The New York Rangers are no different as they’ve announced Ryan Lindgren and Alexandar Georgiev will join Patrick Nemeth on the team’s COVID list.

Nemeth, 29, has two assists in 30 games this season with a -7 rating while averaging 17:06 per game. Nils Lundkvist, who has missed the team’s last 4 games with a non-covid related illness is healthy and ready to go.

The Rangers will now have to deal with three players out on COVID protocol after adding Lindgren and Georgiev.

Lindgren, 23, has four points in 30 games this season with a +9 rating while averaging 20:21 per game. His loss will be felt in the lineup as he plays top four minutes with Adam Fox.

Georgiev, 25, buoyed the Rangers in Igor Shesterkin’s absence due to a lower-body injury. He posted a 3-2-1 record with a .931 SV% and 2.00 GAA in his six appearances before Shesty’s return.

Now that taxi squads are back, it would be wise for the New York Rangers to use them. Here’s the rules:

Also Read:
New York Rangers will have taxi squad as an option when they return