Sidney Crosby out for Penguins as Rangers look to extend series 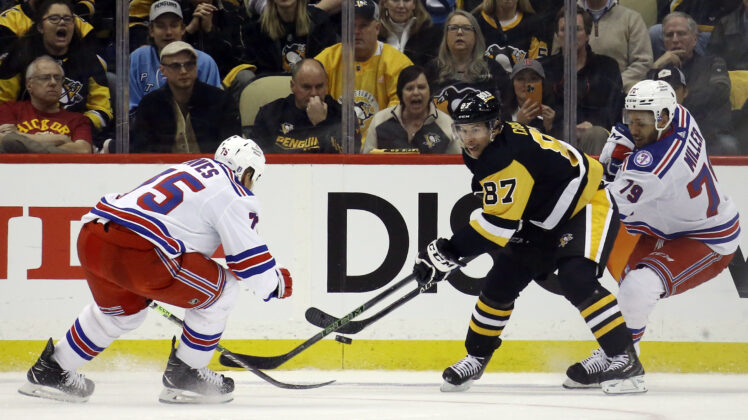 The Pittsburgh Penguins will be without Sidney Crosby as they try and close out the New York Rangers in Game 6. If they can’t the series will shift back to Madison Square Garden for a decisive Game 7.

One player the Penguins may get back on Friday night is forward Rickard Rakell, listed as a game-time decision. The forward was knocked out by Ryan Lindgren in Game 1 of the series and has not played since.

During Wednesday night’s 5-3 Rangers win over the Penguins to stay alive in Game 5, Trouba made incidental contact with Crosby and knocked him out of the game in the second period.

The referees on the ice along the Department of Player Safety saw it the same way. No penalty was assessed and no further discipline warranted.

Penguins coach Mike Sullivan on the other hand strongly disagrees.

“Did you see the hit? Then you probably have the same opinion I do,” he said afterwards.

Since the injury, Jacob Trouba is being labeled a dirty player and a headhunter by the Pittsburgh media and fans. The 28 year-old defenseman is well aware of the hate he’s in store for when he steps on the ice at PPG Paints Arena.

“It’s okay, it won’t be the first time,” he joked after practice on Thursday.

The New York Rangers are slowly getting back some of their injured bodies in this series. Tyler Motte, who has not played since April 7 took in a full practice Thursday and could play in Game 6 tonight.

“I think so but I’m not sure,” Gerard Gallant said of Motte’s availability. “I’ve got to check with the trainers. He had his first full practice today with us and I’d say he’s a game-time decision. It was a good first step.”

Tyler Motte, 27, was acquired at the March 21 trade deadline. He was primarily brought in to add speed and relentless forechecking to the fourth line. His ability to kill penalties was an added bonus.

If he can suit up for another do-or-die game in this series it will be a huge boost to the Rangers checking line and PK unit.

“His speed, his penalty killing, and he’s a defensive player,” Gallant said. “He’d definitely be a big help for our club [if he can play].” 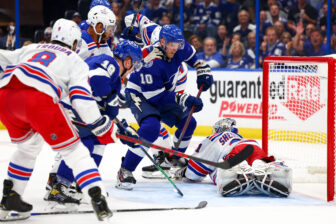