As we approach NHL free agency on July 13, let’s take a look at the current contract statuses of the Hartford Wolf Pack.

Fresh off from their 2021-22 season, the club will potentially see a decent revamp of the roster, specifically the forward group and goaltending. The defensive core should remain intact and return when the AHL season gets underway in October.

As we identify the roster needs for 2022-23, Rangers management must decide on who should be let go or retained.

Often in the American Hockey League, rosters are changed significantly with a high turnover rate. Questions will loom on longtime forwards such as Tim Gettinger and Ty Ronning. The management must also decide on the fate of the two players that were acquired in the NHL and AHL trade deadlines (Nick Merkley, Maxim Letunov).

There are a lot of questions remaining, considering the disappointing ending for the group that missed the 2022 Calder Cup Playoffs. Hartford has significant work to do to ensure they have a sound roster to compete in October. The Wolf Pack must have grit, talent, experienced leadership, and a depth.

Stay tuned for my next article on potential targets the Wolf Pack should pursue. 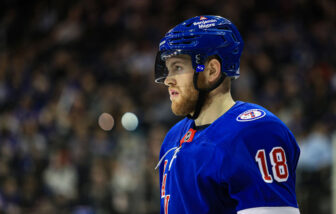