The NHL Draft Lottery is complete and the New York Rangers will stay put at #15. There was little to no drama as the pre-draft order stayed put all the way until the #3 Seattle Kraken moved up to #2. The Buffalo Sabres will select first overall.

On July 23rd, the first round of the NHL Draft will take place and Chris Drury will have the 15th selection. The question is, do the Rangers who have an overload of young players and prospects make the pick or trade it for a center.

Another option is the Rangers could try and move up a few spots in order to select one of the top centers available. This is a hard draft to predict due to the fact that scouting has been limited in many cases to video alone. Also some leagues were cut short or suspended entirely.

Potential center targets for the Rangers are as follows: 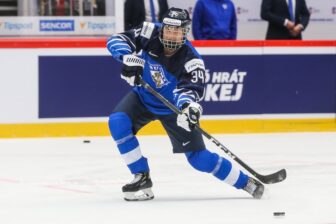 Owen Power is likely to go first overall at the 2021 NHL Entry Draft based on Central Scouting’s rankings. The 6-6, 213 lb blue-liner notched 16 points as a rookie with Michigan in the NCAA. He’s currently with Team Canada at the World Championships at the tender age of 18.

“I think any kid that plays hockey also wants to go No. 1 if they can, so everyone dreams about it,” Power said via NHL.com. “Obviously it’d be a huge honor to me and my family, and we’d be really excited, but at the end of the day that’s also something I can’t really control.”

Here are your Top 5 European skaters: